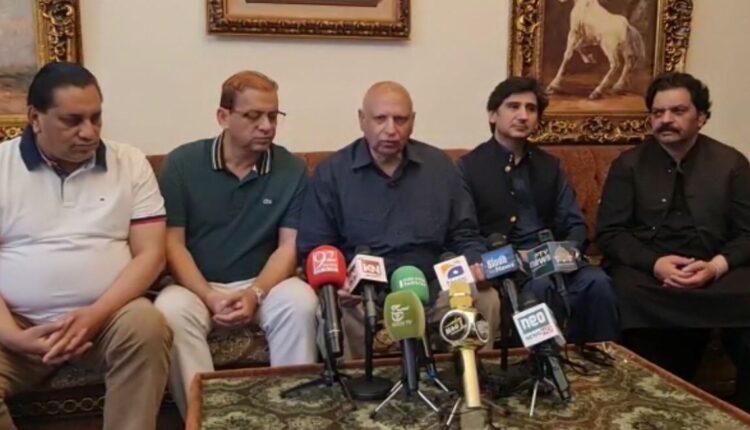 He was addressing the media in Dubai after reaching the emirates. Pakistani businessman Malik Munir Awan and former Pakistan hockey Olympian Jaffar Hussain were also present at the press conference.

Chaudhry Muhammad Sarwar advised all political parties to carry out electoral reforms with consultation otherwise new controversies would arise after the general elections.

Former Governor Punjab Chaudhry Muhammad Sarwar suggested that the present government should take tough decisions as soon as possible to save the country from bankruptcy. He said that if the prices of petroleum were not increased according to the international market then the country would go bankrupt.

Chaudhry Muhammad Sarwar also targeted the economic policies of the previous PTI government and said that the country was on the verge of bankruptcy due to wrong economic measures.

Regretting and condemning over the arrest of former Federal Minister Shirin Mazari, Chaudhry Sarwar clearly stated that he had been condemning the political victimisation in the past too.

Regarding the judicial activism, the former governor of Punjab said that politicians should resolve the political issues themselves instead of courts. He said that the courts should spend their time in resolving public cases but, he added, this is unfortunately not happening.

Replying to a question about the reason for differences with Imran Khan, Chaudhry Sarwar said that the role of governor is constitutional and it can be run only in accordance with the prevailing laws. He said that extra-constitutional measures would paralyze the country’s system.

While, appreciating the courageous politics of the present Foreign Minister Bilawal Bhutto and Pakistan Peoples Party (PPP), he said that the party leadership is still moving forward with great wisdom even after brutal murders of their party workers and leadership including Zulfiqar Ali Bhutto, Benazir Bhutto and other family members of Bhutto family.