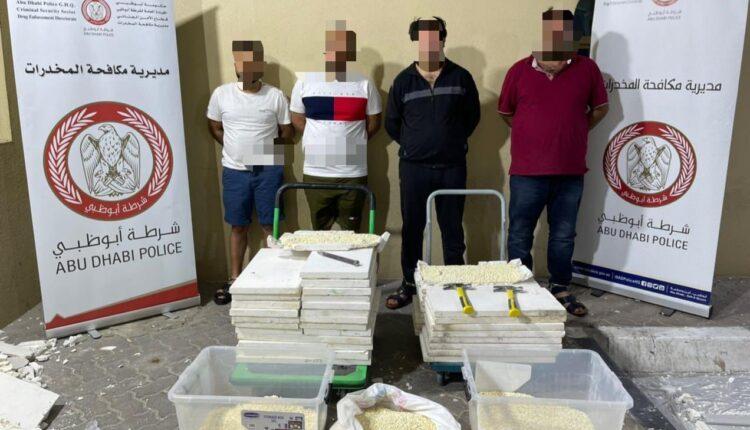 A gang of four members has been caught in Abu Dhabi with 600,000 captagon capsules, concealed inside construction stones.

A statement issued by Abu Dhabi Police on Thursday said that four Arab men were arrested in an operation called ‘Poison Stones’. The men were planning to distribute the drugs in the country.

Major General Mohammed Suhail Al Rashidi, Director of the Criminal Security Sector at Abu Dhabi Police, has stressed the force’s keen interest in following an integrated strategy to pursue and apprehend drug traffickers, regardless of what different innovative methods they use to promote their criminal trade activities.

Commenting on the drug bust, Brigadier Taher Ghareeb Al Dhaheri, Director of the Anti-Narcotics Directorate, explained that the gang tried to conceal the drugs in an ‘innovative’ way inside stones used for construction.

“But the efficient and competent law enforcement officers prevented them from achieving their goal,” Al Dhaheri said, stressing that Abu Dhabi Police’s successful drug bust, including the gang’s arrest is due to the support of UAE’s leaders in providing the necessary means to prosecute those involved in such cases. The support is in line with achieving the national strategy of enhancing security and safety in the country through early crime detection and prevention.

The senior officer urged members of the community to strengthen their cooperation with Abu Dhabi Police, in fighting the scourge of drug trade and abuse among the youth, by reporting such criminal activities to authorities.