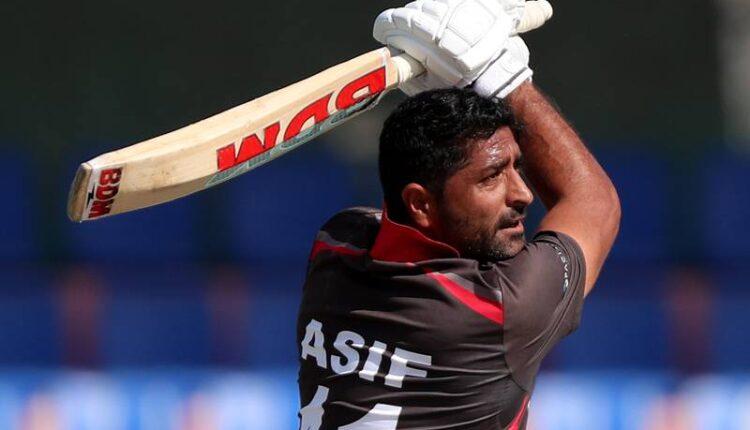 The UAE might be some way off from being promoted to Test status.

But the players of the national team will get a clue to how it feels to play the longest format when they return to Cricket World Cup League 2 action next week.

Ahmed Raza’s side are heading to Texas to play a series in the United States for the first time.

It is likely to be a physically exacting challenge. After travelling for the best part of a day to a destination that has a nine-hour time difference to Dubai, the players will have two days to recover from jetlag before taking the field.\

Even the match schedule itself is severe. The UAE will play four one-day internationals in five days, with a day’s break between back-to-back games against Scotland and the hosts.

It represents a unique challenge for a side who had already played a gruelling set of games earlier this year. Up until the end of March, UAE played 19 international matches in the space of 44 days.

Raza, though, is focused on results and consolidating the side’s place in the top three of the competition. If they finish inside the top three, they are guaranteed a place in the final qualifying event for the 2023 World Cup in India.

“It is a really important series,” Raza, the captain, said.

“We have seen what Scotland have done. Winning away from home like that [when Scotland won four out of four in a series including Oman and Papua New Guinea last month in Dubai] is no small feat.

“They did really well to record four wins, especially seeing as Oman had been table-toppers. They are a very decent side.

“We are familiar with them because they have the same squad that has been playing together for four or five years now. They are on a high, so these games are going to be intense.”

UAE are largely unchanged for the side who took five wins from eight matches in back-to-back series in this competition in March.

Asif Khan, the batsman, has been dropped after struggling with the bat in his debut series, with left-arm spinner Rahul Bhatia returning to the squad.

The national team have never played in the United States before. It means they have been leaning on allrounder Rohan Mustafa, who has played as an overseas professional in domestic cricket there in the recent past, for some local knowledge.

Raza is backing his team to rise to the challenge, and hopes young players like Alishan Sharafu can continue their progress.

“In the past few series we have shown consistency and there is enough youth and experience in the team,” Raza said.

“It is a great mix. This will be another opportunity for players like Alishan, who played a couple of games in the last series and showed glimpses of what he could do.

“He made a crucial contribution in our win against Nepal and I am sure he will come good in this series.”

The testing travel programme might be most keenly felt by the side’s coach, Robin Singh.

The former India all-rounder has just completed two months as part of the Mumbai Indians coaching staff at the Indian Premier League.

“Both the USA and Scotland are dangerous on any day they choose, so we expect this will be a true contest,” Singh said.

“There are a few days to acclimatise once we land in Texas and we will be using this time effectively in our preparations.

“We have a very clear goal and focus with what needs to be achieved from this series.”

Davos 2022: trade between UAE and Israel exceeds $1bn in first quarter of this year