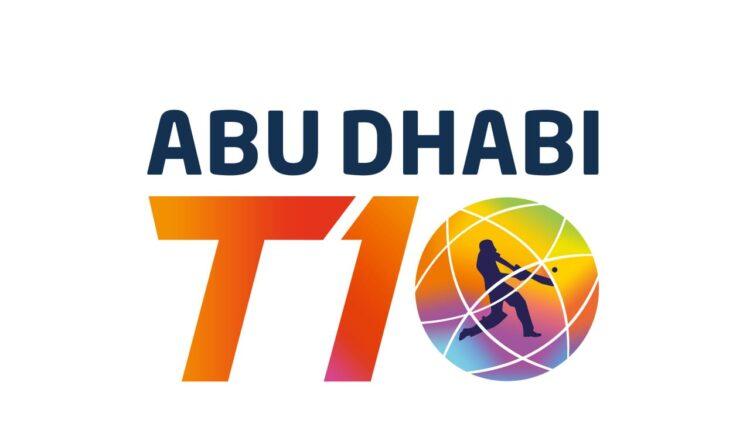 There was an astounding 1.4 billion impressions across social media and more than 115 million video views for the Abu Dhabi T10’s digital content, which resulted in the 2021 Abu Dhabi T10 walking away with an award for ‘Best use of digital and social media in sports’ at the highly coveted Middle East Sports Industry Awards (SPIAs).
“Through our partnership with the Abu Dhabi T10, we have further positioned Abu Dhabi as a major sporting global hub and consistently demonstrated the city’s ability to both build, and host, one of cricket’s most entertaining competitions,” said HE Aref Al Awani, General Secretary of Abu Dhabi Sports Council and Abu Dhabi Cricket Board Member. “This is evidence of the success of a significant strategic objective of the Abu Dhabi government; to create and deliver sporting events that contribute to enhancing the emirate’s leadership in global sports.”
Shaji Ul Mulk, Chairman T Ten Sports Management, added: “When we first brought the league to Abu Dhabi, we had the aim of establishing it as one of the standout events on the international cricket calendar and, with the support of ADC, ADSC, DCT – Abu Dhabi and Emirates Cricket Board, we’ve done just that.
“The Abu Dhabi T10 is now well established as a credible form of the global game, and we see incredible growth with each edition, with global broadcast figures increasing to 342 million viewers thanks to the hard work of everyone involved – from the players to our franchise owners, broadcasters and sponsors. We will continue building on this success and we’re excited to take those next steps as cricket’s fastest format continues to evolve at a rapid rate.”
“The past three editions of the Abu Dhabi T10 have proven that 10-over cricket has both a thriving market and engaged international audience,” said Abu Dhabi Cricket CEO Matt Boucher. “With the sponsorship value at $279.3 million last year and the league’s economic impact value now standing at $621.2 million, the Abu Dhabi T10 continues to bring remarkable value to all involved – both in Abu Dhabi and overseas.”
Season 6 of the competition will see reigning champions Deccan Gladiators defend their trophy against star-studded sides Delhi Bulls, Chennai Braves, Bangla Tigers, Northern Warriors, and Team Abu Dhabi.
Captain Wahab Riaz and icon player Andre Russell were among the Deccan Gladiators squad that lifted the trophy in 2021 with Liam Livingstone, Eoin Morgan, Faf du Plessis and Moeen Ali highlighting a group of world class players, with the tournament enjoying a depth of talent to rival the best franchise leagues across the globe.
Another stellar cast of cricketers will be selected to descend on Abu Dhabi when the 2022 Official Draft gets underway later in the year, with UAE men’s national team stars again provided the opportunity to test their skills against the world’s best.
The tournament’s format will remain the same, with each team playing 10 league fixtures before the top four sides advance to the playoffs and final.
About Abu Dhabi T10

Abu Dhabi T10 launched, owned and operated by T Ten Sports Management, having Abu Dhabi Cricket (ADC) as home to the thrilling series is the world’s only 10-over cricket tournament officially sanctioned by the International Cricket Council (ICC) and licensed by the Emirates Cricket Board (ECB). It brings together over 120 of world cricket’s biggest names to compete in the game’s fastest format. With the support of the Abu Dhabi Government and Abu Dhabi Sports Council, ADC and T Ten Sports Management (TSM) have consistently grown the series and won worldwide acclaim for mounting a successful season in Jan/Feb 2021 despite challenging conditions brought on by the COVID-19 pandemic. The tournament was safely delivered against a background of strict COVID prevention protocols and gained a global TV audience and praise as a world class event. The fifth edition of this highly popular cricket spectacular was held over 15 days from November 19-December 4, 2021 taking in the UAE’s 50th National Day weekend. Past Abu Dhabi T10 champions include the Kerala Kings, Maratha Arabians and Northern Warriors.

Abu Dhabi Cricket (ADC) is a world-class, multi-purpose competition and training facility for recreational and social use together with separate facilities for elite sports teams, superb pitches for international matches and academies for the development of tomorrow’s sports stars. ADC is supported by Abu Dhabi Sports Council, operating under the patronage of His Excellency Sheikh Nahayan Bin Mubarak Al Nahayan.

Located in the heart of Khalifa City A, ADC is the venue of choice for hosting all of Abu Dhabi’s international cricket matches – having seen everything from fixtures between India, Pakistan, Australia, South Africa, New Zealand, Sri Lanka, Afghanistan, and the West Indies.

Zayed Cricket Stadium was the only venue in the world to host as many as 139 matches across four of cricket’s formats during the pandemic as Abu Dhabi Cricket became the focal centre for international cricket from 2019-2021, welcoming the world’s largest tournaments and tours, including:

ADC’s current international flagship event is the bold new Abu Dhabi T10 – bringing together over 120 of the biggest names in world cricket to compete in the game’s shortest format. The 2021 Covid-secure hosting of the edition drew over 80,000 fans to ADC across the record-breaking 15-day event.

The facility has ushered in an exciting new era of sport in Abu Dhabi by significantly investing in the complex to deliver outstanding facilities and operational upgrades to suit the most demanding of professional sporting needs, while embedding a culture of sport and fitness within the local community.

Though cricket is at the core of operations, ADC also prides itself on the world-class facilities available to sportsmen and women of all ages and abilities – from elite international athletes to over 14,000 community athletes who use the facility and services on a weekly basis across 32 different sports.

ADSC is aligned to the emirate’s leadership vision to develop sport and youth activities. The Council promotes an effective, emirate-wide sports calendar that stimulates the desire to participate in quality sports among all Abu Dhabi residents and helps the talented and motivated reach their sporting potential.

ADSC believes that global and community sporting events provide many positive opportunities, most notably the encouragement of all segments and groups of society to practice sports activities. Make the practice of sport a daily lifestyle, representing its positive impact on public health.

ADSC firmly believe that sporting events deliver a host of benefits for the emirate and its residents. These include improved health and wellness, the building of community spirit, the discovering of local talent and enhancing the reputation of the emirate as a world-class sporting destination.