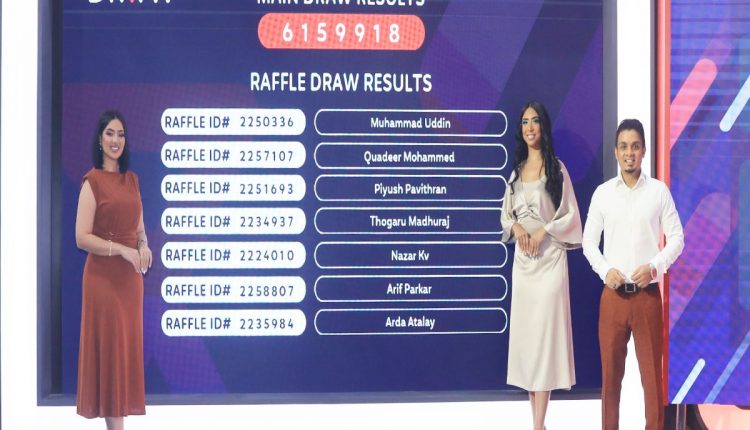 Dubai, UAE 04 August 2022: It all started with a casual conversation in a restaurant with a friend, and now Muhammed Nasir Uddin, a Bangladesh expatriate based in Ajman, is celebrating an AED 77,777 win with Emirates Draw by buying a much-pleaded-for blue parrot for his children.

“I didn’t even realize that I had won until after the draw show ended because I got distracted chatting with friends at the coffee shop, I usually visit after evening prayers. Suddenly, I remembered mid-conversation that I bought an AED 50 pencil for the week’s draw, so I decided to watch the replay and couldn’t believe that it was my name on the screen,” Muhammed chuckled as he recalled the exciting evening. 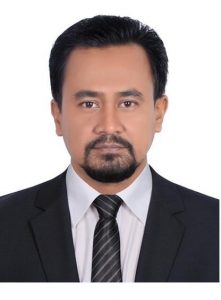 The civil engineer continued: “I double-checked my ticket number, and sure enough, I had won AED 77,777. I called my wife to tell her the good news, but it wasn’t until I showed her proof that it sunk in that it was true. We then told our children, who immediately reminded me I had promised to bring them a blue parrot whenever I won.”

In addition to bringing a pet, 41-year-old Nasir Uddin plans to divide his winnings between charity donations, securing his children’s education, and paying his debts.

AED 50 pencils and told my neighbours and friends that I had won to encourage them, which motivated them to participate in the next draw,” he said.

Since its inception ten months ago, the socially responsible organization has distributed over AED 32 million to more than 23,000 participants. The total prizes include the one-of-a-kind AED 7 prize category, which allows nearly 10% of all participants to become instant winners by only matching the first number from the right. The AED 100 Million Grand Prize, the largest in the region, remains up for grabs to be claimed by a single person or group of people who match all seven numbers from right to left.

Optimistic participants have another chance to try for the life-changing prize during the next draw round, which will be broadcast live on Sunday, 07 August 2022, at 9 PM UAE time.

Entrants can choose to participate in the weekly draw by purchasing an AED 50 pencil, part of which goes to support the environment through the planting of coral polyps along the coast of the UAE and as part of Emirates Draw’s leading corporate social responsibility programme to support the UAE government’s vision. After registering online at www.emiratesdraw.com or the mobile application, participants can select their seven-digit number or have the system choose their number randomly.

With their purchase, participants are entered into two separate drawings. The first is a raffle draw where seven lucky participants are guaranteed AED 77,777 weekly. In addition, all participants have the choice to be entered into a second draw with seven prize categories that start at AED 7 and include the Grand Prize of AED 100 million when all seven numbers are matched.

A socially responsible UAE based organization that aims to support local environmental causes and initiatives through the CSR programmes that it spearheads. The organization aspires to provide ‘For a Better Tomorrow’ and radically improve everyday life for its lucky winners and society at large. Inclusive to all, eligible participants (18 years and above) are entered into two weekly draws; the first draw features seven guaranteed winners of AED 77,777 each and the second draw for seven prize categories, including the largest Grand Prize in UAE history and the region of AED 100 million.