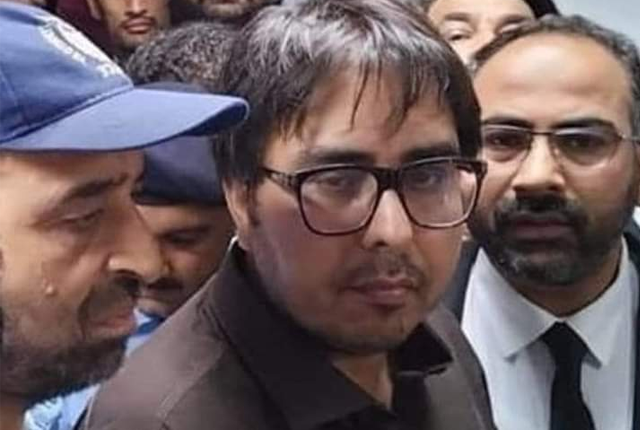 The Lahore High Court granted bail to Tehreek-e-Insaf leader Shehbaz Gill and prevented him from being arrested.

Justice Tariq Saleem Sheikh heard the security application filed by Shahbaz Gill in the Lahore High Court. The security bond of PTI leader was approved in exchange of fifty thousand rupees and ordered to provide copies of the cases filed against Shahbaz Gill.

Shahbaz Gill appeared in front of the court and completed his appearance, he appeared in the court on a wheelchair with an oxygen cylinder and a mask.

On this occasion, on a court inquiry, the Deputy Attorney General said that according to DGFIA, there is no knowledge of the cases filed against Shahbaz Gill, the SP operation has also expressed ignorance about the cases, while Special Prosecutor Raja Rizwan Abbasi. It has been contacted that a case has been registered but the number of the new FIR is not known.

It should be noted that a new case has been registered against Shehbaz Gill a day ago, the details of which could not be revealed, but this was confirmed by the government representative in the court yesterday.