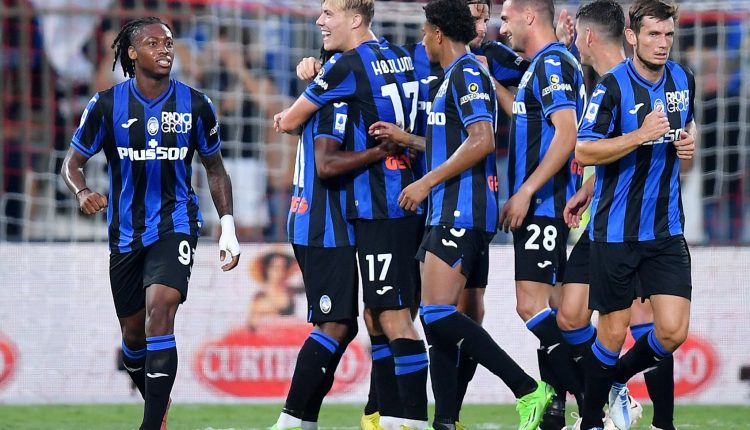 Atalanta host Cremonese on Sunday as Atalanta Aim To Hold Historic Serie A Lead shock early leaders of Serie A after a fast start which appears to be gathering further pace.

Out on their own at the top of the pile for the first time since 1964, Atalanta have collected 13 points from their first five matches, with their only dropped points coming in a draw with champions AC Milan.

Another fixture against promoted fellow Lombards, after last weekend’s straightforward 2-0 win at Monza, offers Gian Piero Gasperini’s side the perfect chance to consolidate their lead.

Unlike the rest of their rivals in the upper reaches of Serie A, Atalanta don’t have any European commitments after finishing a disappointing eighth last season.

That gives them a huge advantage ahead of the World Cup, with domestic and continental commitments packed into an extremely tight schedule before the Qatar tournament gets underway in November.

Also boosting the Bergamo outfit is the way young gun Rasmus Hojlund slotted into the team at Monza, linking up with fellow new boy Ademola Lookman to net on his first start after arriving for 17 million euros from Sturm Graz.

Napoli can take the provisional lead of Italy’s top flight on Saturday when they kick off the weekend’s fixtures with the visit of Spezia, fresh from their 4-1 demolition of Liverpool.

Luciano Spalletti’s side have re-emerged as title challengers after a turbulent summer left them looking like a club deep in crisis, with star players leaving and fans begging owner Aurelio De Laurentiis to sell.

The impact of new arrivals, in particular Kvicha Kvaratskhelia and Kim Min-jae, has changed Napoli from a team supposedly in transition to one which has shown enough to suggest their first league title since the days of Diego Maradona is a possibility.

Milan meanwhile made a clear Scudetto statement with last weekend’s thrilling derby triumph over Inter Milan and travel to Sampdoria, who are winless and scorers of just two goals in their opening fixtures.

Inter are four points behind Atalanta in eighth and have the visit of Torino to deal with after derby defeat and a disappointing opener in the Champions League on Wednesday night.

Torino are a point ahead of Inter and alongside Udinese are providing unfamiliar faces at the top end of the table, ready to capitalise on Inter’s low morale after their 2-0 home defeat at the hands of Bayern Munich.

Georgia forward Kvaratskhelia has been a sensation during the first few weeks of the Serie A season, and his star has risen even higher after his superb display in the humiliation Napoli laid on Liverpool.

Four goals and one assist in his first five matches in Italy – including the winner at Lazio last weekend – have made the 21-year-old one of the hottest young talents in Europe and with Victor Osimhen pulling up on Wednesday, his wing wizardry will be the attacking focus against Spezia.

The “Kvaradona” moniker might have come far too soon but there is something in his unconventional shape and unpredictable decision-making which excites in a way few Napoli players ever have.