The petitioner's lawyers applied for an exemption of the presence of Imran Khan, Asad Qaiser, Asad Umar and Faisal Vawda, which the court granted 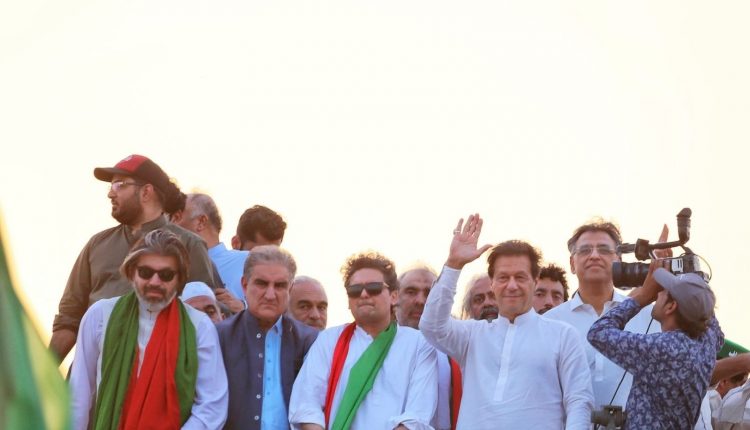 At the outset of the case, the petitioner’s lawyers applied for an exemption of the presence of Imran Khan, Asad Qaiser, Asad Umar and Faisal Vawda, which the court granted.

During the hearing, PTI leader Fayyazul Hasan Chohan’s counsel requested the court to acquit him from the case. To this, the judge remarked that “how can we acquit the accused at the stage of bail?”

During the last hearing, Umar’s lawyer Babar Awan had filed a petition wherein he had mentioned that the PTI secretary general was present in a Lahore rally at the time when protests were being held in different parts of the country.

Subsequently, the court adjourned the case and extended the post-arrest bail till September 27.

The Islamabad police had filed a case against PTI chief Imran Khan and other party leaders for violating Section 144 during their rally in Islamabad held last month.

The party leaders had participated in the rally to protest PTI leader Shahbaz Gill’s arrest and ‘custodial torture’.

According to the PTI leaders’ lawyers, the case against them was “baseless”, adding that the rally was peaceful and the cases were an “attempt to suppress” the leaders.

Founder of Iqra University Hunaid Lakhani passes away at 49