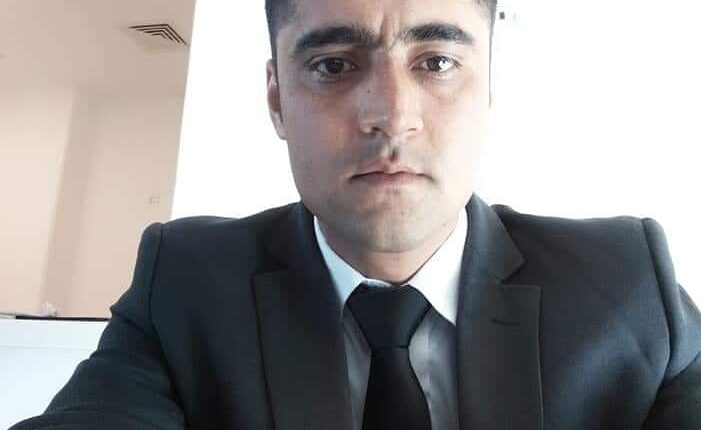 Dubai, UAE April 07, 2022: A friend’s request to purchase an AED50 Emirates Draw pencil impacted Jasim Saleem’s life positively. The 26-year-old security guard decided to purchase a pencil for himself the same day as the live stream draw, after being encouraged to do so by his friend, only for his name to appear on screen as one of the winning participants who received AED 77,777 each.

“It’s the first time that I participate in Emirates Draw and I’m still shocked that I won. It’s such a great feeling though, and I’m excited to be able to use my winnings to help plan for my wedding back home next year and put some money aside to start my life with my wife afterwards,” the Dubai-based Pakistani expatriate said, smiling. Saleem added that he wants to also donate an amount to his village’s welfare group.

Jasim discovered that he had won after receiving an email notification. Once he confirmed that it was genuine, he called his family to let them know that Emirates Draw had just undoubtedly transformed their lives.

“My family were very excited when I told them that I had won AED 77,777. It gave us all a great start to Ramadan. Thank you to Emirates Draw for giving everyone the chance to win and be happy like me. I’m going to keep participating and I hope to win again, if God wills it,” said the 26-year-old security guard.

Fellow participant John Patrick McNeil Tainsh was encouraged to participate with Emirates Draw after reading an article that featured a previous winning participant.

“I was quite surprised when I found out that I had won because I didn’t expect to since it’s the first time I participate. I initially received an email saying that I had won but it wasn’t until I got the official email and call that I realised that it was true,” said the 38-year-old Canadian expatriate, laughing.

Tainsh, who works in flight operations, immediately messaged his sister who lives in the USA, excited to share his optimistic news with her.

“I’m planning to put some of the winnings aside for my nephews’ education and the remaining amount into savings. It’s amazing to think that I went from not knowing about Emirates Draw to winning AED 77,777 the first time I participate,” John, who has lived in Abu Dhabi for 10 years, said.

Australian expatriate Steven Geens also had an exciting evening when he received an email informing him that he was one of the winning participants to receive AED 77,777.

“It was a happy surprise when I found out that I had won. I had participated four or five times before but it’s the first time that I win. I buy an AED50 pencil every few weeks and I think I’ll continue doing that since it seems to work,” the 55-year-old skydiving instructor said.

Geens plans to surprise his family with his great news once he travels back in a few weeks. In the meantime, he intends to put his winnings into savings and celebrate with friends.

“I’m encouraging all of my friends to participate with Emirates Draw and I’m very motivated to keep trying, and hopefully I’ll win again soon,” Steven, who is based in Dubai, said.

To date, over AED 21 million has been presented in prize money to over 15,000 winners since the organization’s inception in September 2021. The unique structure of Emirates Draw distinguishes it from other draws in that the grand prize remains at AED 100 million until a single person or a group of people match all seven numbers at which point the grand prize resets to AED 77,777,77.

It is the largest Grand Prize in UAE history and till now remains available, giving optimistic participants another chance to try for the life-changing amount; the next round will be broadcast live on Sunday, April 10th, 2022, at 9pm UAE time.

Notes to the Editor

A socially responsible UAE based organization that aims to support local environmental causes and initiatives through the CSR programmes that it spearheads. The organization aspires to provide ‘For a Better Tomorrow’ and radically improve everyday life for its lucky winners and society at large. Inclusive to all, eligible participants (18 years and above) are entered into two weekly draws; the first draw featuring seven guaranteed winners of AED 77,777 each and the second draw for six prize categories including the largest Grand Prize in UAE history of AED100 million.

Ramadan timings for Visa Application Centres in the UAE