government is conspiring that the country's biggest party fights its own army. 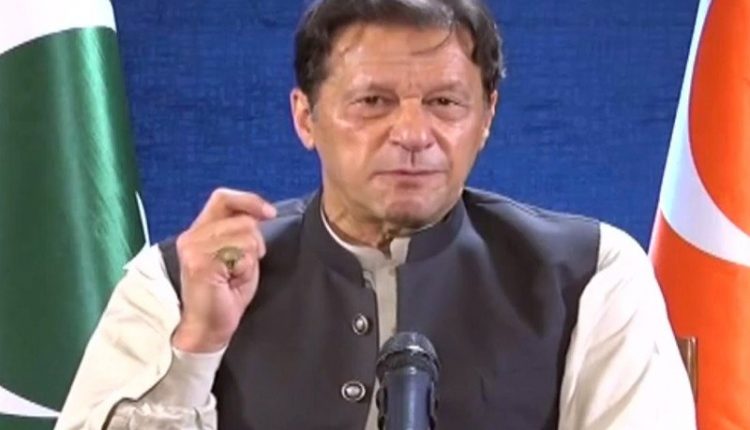 Chairman Pakistan Tehreek-e-Insaf (PTI) Imran Khan has said that a conspiracy has been hatched to pit Tehreek Insaf  against the military.

Addressing to party workers by a video link , Imran said that the coalition government is conspiring that the country’s biggest party fights its own army.

“It is being done under a plan and they want to give an impression that the PTI is anti-army,” he added.

The former premier said that when his government was ousted, India, Israel and many western countries were the happiest. “India used to say Imran Khan is a puppet of the army but during our tenure army and government were on the same page.”

He said that PTI workers unearthed the disinformation campaign against the country.

“After the Mumbai attacks, Asif Ali Zardari said the DG ISPR should be sent to India. On other hand, we have Nawaz Sharif who, in Dawn leaks, said the ISI was involved in terrorism in India,” he added.

Imran said that Nawaz Sharif even invited Indian prime minister Narendra Modi to the family wedding. “These people are calling us traitors. All their money is abroad and they have numerous corruption cases but still, they call themselves patriotic.”

“What they are trying to do now is that they are campaigning against the army and us so we get into a fight. They want to break the party and the ECP’s prohibited funding case was its first step.”

The PTI chairman said that his party is the only one in Pakistan which initiated political funding in the country.