Karachi for a second time, citing "logistic problems" and "non-availability" of security personnel due to difficult "weather conditions" 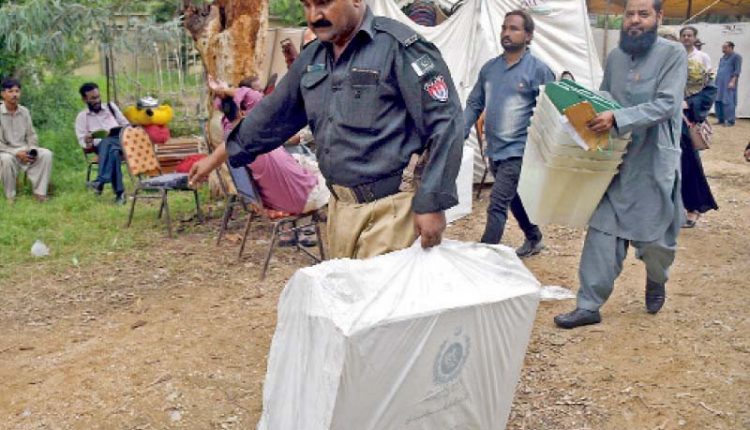 The Election Commission of Pakistan (ECP) postponed on Wednesday the local body elections in Karachi for a second time, citing “logistic problems” and “non-availability” of security personnel due to difficult “weather conditions”.

In a meeting chaired by Chief Election Commissioner (CEC) Sikander Sultan Raja, the secretary ECP revealed that rains are “very likely” in the provincial capital between August 24 and 26 which are expected to impact the voting process.

Furthermore, IG Sindh and the provincial chief secretary have submitted in writing that the administration, police and other security officials will be busy in providing relief to the flood affectees. IG Sindh also stated that it would not be possible to call in police from other cities of Sindh for the same reason.

Moreover, Rangers and the Pakistan Army, which aid in ensuring peace in sensitive polling stations, are also engaged in relief efforts and therefore unavailable.

The provincial government had earlier requested the election commission to postpone the Karachi and Hyderabad divisions’ elections due to the recent rains citing “logistic issues”.

The ECP spokesperson said that the decision to postpone the elections has been made in lieu of the “worst-possible destruction and devastation” caused by the recent floods as well as the displacement of people that the conditions have triggered. The explanatory statement also mentioned recommendations made by the Sindh election commissioner and provincial administration in addition to the meteorological report.

Shehbaz Sharif, along with 40 other “thieves”, had gone to Qatar for “begging”: Imran Khan