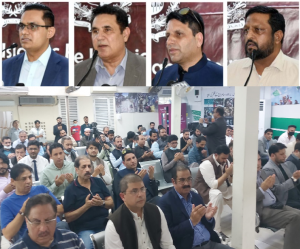 While, the Charged’ Affaires, Embassy of Pakistan in Abu Dhabi Imtiaz Feroz Gondal reiterated the strong resolve of the government and people of Pakistan to continue extending moral, political and diplomatic support to the Kashmiri brethren.

Consul General of Pakistan to Dubai Hassan Afzal Khan called upon the international community, the human rights organizations, international media and the civil society to take cognizance of the plight of the Kashmiri people who have been subjected to unabated Indian atrocities.

President of Pakistan Peoples Party AJK Chaudhry Mohammed Yasin condemned the unilateral and illegal actions of India on 5th August 2019 coupled with gross human rights violations by Indian forces in Occupied Kashmir and re-affirmed the resolve of Kashmiris to continue the liberation struggle despite Indian state terrorism till the realization of objective.

Speaking with the media, Chaudhry Mohammed Yasin demanded the international community to play its role in getting Kashmiri leaders released including Hurriyat leader Yasin Malik.

The Kashmiri freedom leader is languishing in the infamous Tihar jail.
Late last month, Pakistan strongly condemned India’s recent move of implicating the Hurriyat leader in two more fictitious cases, which have been crafted around incidents that took place more than 30 years ago. 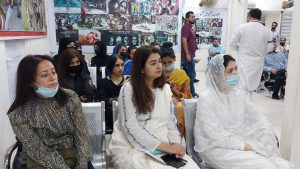 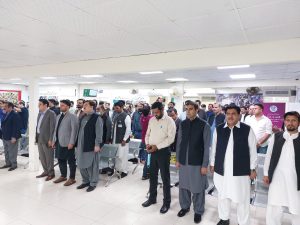 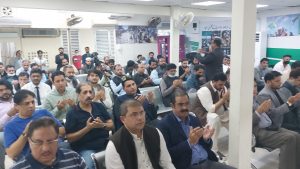 Kashmiri leaders president PPP uae sardar jawed yaqoob,ex president pmln uae Raja Abdul jabar, Ayaz kiani , Deputy Consul General Giyan Chand and members of the community from different walks of life also addressed the gatherings in the emirates. They also appealed to the international community to play its due role by solving the dispute in accordance with the wishes of Kashmiri people.

UAE to Invest $1 Billion in Pakistan