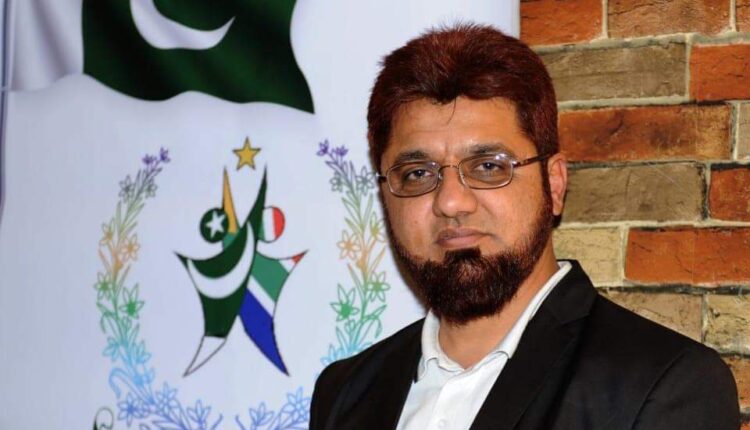 Staff Report
JOHANNESBURG: The obscene remarks of Indian BJP despicable leaders Nupur Sharma and Naveen Jindal against the Holy Prophet Muhammad (PBUH) have deeply hurt the feelings of Muslims around the world.
The incident incensed the Indian Muslims and sparked protests in the Islamic countries and prompted calls to boycott Indian goods. The outrage is not only growing in the Islamic countries but Muslim communities around the world are protesting and showing strong resentment following the blasphemous comments made by the Indian ruling party officials.
The Pakistan Association of Southern Africa (PASA) has also strongly condemned the disrespectful and obscene remarks.
A statement issued by PASA President Khaliq Dad Bhatti said that the association sent an email to the Indian High Commission in South Africa on May 29, 2022 and registered a strong protest against the blasphemous remarks that have hurt the sentiments of billions of Muslims around the world and which can lead to further prejudice, violence and hatred.
The association has also demanded immediate and decisive action against the offenders.
PASA also published brochures and pamphlets highlighting the Muslim community of South Africa’s strong condemnation and rejection of the derogatory and offensive remarks made against the Holy Prophet Muhammad (PBUH) and Islam.
Revealing the despicable face and intentions of Modi’s government in India, the brochures and pamphlets have been pasted and displayed at mosques, markets and other places in Johannesburg and around the region.
The so-called self-proclaimed Indian secular democracy under Modi’s government is trampling religious freedom and persecuting the Muslims. The BJP-ruled states’ anti-Muslim legislation and continued incidents of violence against Muslims on flimsy pretexts by various ‘Hindutva’ groups with complete impunity, and often under state patronage, highlight the worsening trend of Islamophobia and extremism in India.
Through brochures and banners, the message has been communicated that Islam is a religion of fraternity and brotherhood.
Prophet Muhammad (PBUH) gave the message of universal brotherhood and his (PBUH) mercy and compassion extended to all humans, irrespective of differences in religion or belief. He (PBUH) called people toward friendship and caring because they are the foundation of cooperation and happiness in this life. One feels happy and at peace when living with one’s own family or with loving friends. That feeling and love and respect go both ways and one cannot forget family and friends because of one’s love for them. It is when there is no love that enmity among people is created which often leads to aggression, violence and hatred and can mount to war.
Furthermore, PASA vigorously participated in the main protest in front of the Indian High Commission in Pretoria on June 17, 2022, which was organised as a joint venture by different social and political Muslim organisations in South Africa.
PASA provided brochures and pamphlets to the participants. It was a huge gathering, wherein Muslims from around the region recorded a strong protest against the unacceptable statements of the BJP leaders.
Muslim leaders, scholars and the community showed deep concern and called on the South African government, human rights organisations and social activists to take immediate cognizance of the grievously aggravating situation of Islamophobia and to hold India accountable for stifling the rights of the minorities, especially Muslims.
The offenders for the blasphemous remarks must be severely punished and the BJP must shun and denounce its extremist and fascist Hindutva ideology.
PASA, in collaboration with Pakistan Newcastle Community (PNC) and the Muslim community of Newcastle, organised a protest rally at Newcastle on June 17, 2022.
The protestors showed unprecedented love and devotion to the beloved Holy Prophet (PBUH) and called on the Muslim community to boycott the Indian products.
PASA in collaboration with social and political organisations in South Africa will continue the protest until Nupur Sharma and Naveen Jindal are brought to justice.