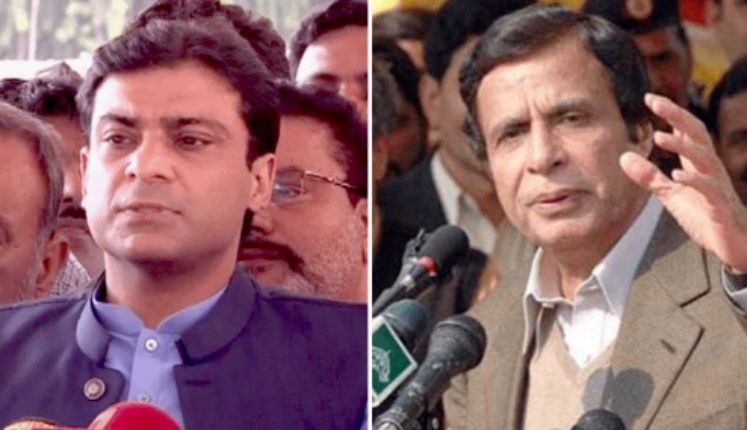 ISLAMABAD: The Supreme Court of Pakistan on Tuesday declared the ruling of Punjab Assembly Deputy Speaker Dost Muhammad Mazari in the Punjab chief minister’s election “illegal” and ruled that PTI’s candidate Pervez Elahi will be the new CM of the province.

The Supreme Court, in an 11-page short order, said: “We find that the understanding and implementation of the said short judgment as well as the provisions of Article 63A(1)(b) of the Constitution by the Deputy Speaker, Provincial Assembly of Punjab, Lahore (Respondent No.1) was patently incorrect and erroneous and cannot be sustained.”

It added that the act also “subverted” the governance of Punjab.

“As a result, the Ruling dated 22.07.2022 issued by Respondent No.1, Deputy Speaker, Punjab Assembly is set aside and declared to be void, without lawful authority and of no legal effect,” the SC stated.

The order then declared Elahi as the duly elected chief minister of Punjab as it ruled that he had obtained 186 votes compared to Hamza’s 179.

The order also declared that the oath of office administered to Hamza was “without lawful authority and of no legal effect”.

“Likewise all acts, deeds and things attendant and consequent upon such oath including but not limited to the notification of Respondent No.2 (Hamza Shahbaz) and the formation and swearing in of the Cabinet on his advice is also declared to be without lawful authority and of no legal effect,” said the order.

The three-member bench — comprising Chief Justice of Pakistan Umar Ata Bandial, Justice Ijazul Ahsan, and Justice Muneeb Akhtar — also ordered Punjab Governor Baligh ur Rehman to administer the oath to Elahi at 11:30pm, adding that if he refuses to perform his duties, President Arif Alvi will administer the oath.

The proceedings went on for three days — Saturday, Monday, and Tuesday — as lawyers from all the parties presented their arguments.

Elahi — who had been defeated by Hamza Shahbaz on July 22 during the Punjab CM’s election after 10 PML-Q votes were rejected by Deputy Speaker Mazari — had challenged the ruling in the SC.

The SC formed a three-member bench but the coalition government objected to it and demanded a full court take up the matter as they did not want “bench-fixing”.

However, after hearing arguments from all sides for nearly eight hours on Monday, the SC decided not to form a full court bench, saying that the same bench would hear the case.

As the SC decided not to form a full bench, the ruling coalition and the Pakistan Democratic Movement (PDM) decided to boycott the apex court’s hearing.

Irfan Qadir, lawyer for the deputy speaker, told the bench that his client had told him to not be a part of the proceedings as a country-wide boycott of the judiciary is being observed.

Qadir told the SC that he would challenge the apex court’s decision relating to the full court — wherein the top court decided to not form a full bench to hear the case.

Following Qadir, PPP lawyer Farooq H Naek came to the rostrum and informed the CJP that he would not be part of the proceedings.

At this, the CJP told him that he “is not a party in the case”.

The CJP said that “no legal” grounds were presented before the court; arguments were presented only regarding the party head’s directions; the court arrived at the conclusion that in the current case, there was no need for a full bench.

“I will change my opinion only when concrete reasons are given.”

“There is no need for further arguments in this case. We will give priority to wrapping up this case as soon as possible,” he said.

CJP Bandial said that forming a full court was tantamount to unnecessary delay.

“The formation of a full court and then hearing of the case could have been delayed till September as leaves are being taken in the court.”

Meanwhile, the top court sought assistance on the matter relating to directions by the party head or a parliamentary party.

“Assist the court over the legal questions or we will set ourselves aside from the bench,” CJP Bandial told Barrister Ali Zafar, the counsel of Elahi.

“People sitting on my right side have unanimously decided to boycott the proceedings of the court,” he said, adding that thankfully, they have enough grace to sit in court to hear the proceedings.

Giving his arguments in the case, Zafar said that the petitions against the 21st Amendment were dismissed by a ratio of 13:4 in a full court.

However, many judges gave different reasons for dismissing the petitions, he added.

Zafar told the court that the constitution mentions that the parliamentary party will give directions to the lawmakers about voting.

At this, the CJP questioned whether the party head and parliamentary party were two separate entities.

Zafar said that they were two separate entities.

“The parliamentary party is informed about the party’s decision, and based on that, it takes a decision.”

During the proceedings, Justice Ahsan questioned: “Where has the word parliamentary leader been used?”

The PML-Q counsel replied that the world “parliamentary party” is used in the Political Parties Order 2002.

Additional Attorney-General (AAG) Amir Rehman then came to the rostrum and said he wanted to present a few suggestions before the court.

“Has the federal government decided to separate itself from the coalition government?” the CJP asked.

The AAG told the top judge that he will assist the court under Article 27.

At this, the CJP extended an open invitation to assist the court to reach a fair and just decision in the high-profile case.

The court then went on a break for an hour and said that the hearing will resume at 2:30pm.

After the hearing resumed, the former advocate-general of Punjab, Ahmed Owais, came to the rostrum.

“I want to inform the Supreme Court of a few things. For three months, the matter of the chief minister is under discussion. Let me tell the court that Q-league members were aware whom they had to vote for,” Owais said.

He urged the court to review the events that took place not only during the election but also before it.

Moving on, Zafar, while referring to the verdict in former PTI lawmaker Ayesha Gulalai’s case, said that the court had set the procedure for the directions of the party head.

At this, Justice Ahsan remarked that the court, in that case, had delivered its verdict against Zafar’s client.

The lawyer said that the verdict, in that case, was against his client but in accordance with the Constitution.

“Is it written in the Ayesha Gulalai case that who will give directions?” asked the CJP.

It is declared in the case that the party head or a person nominated by them can file a disqualification reference, replied the lawyer.

The CJP then said that the authority is transferred through the party head and there is no doubt that the head’s office plays an important role, but at the same time, the parliamentary party gives directions for voting.

‘Not compulsory to comply with each verdict of SC’

At this, the additional attorney general said that according to a Supreme Court’s 2015 decision, the party head can give direction and it is compulsory for the lawmakers of the party to comply with the direction until the top court reviews its verdict.

“It is not compulsory to comply with each verdict of the SC,” remarked Justice Munib.

“There are rulings that the SC’s decisions are binding on all other courts,” replied the attorney general.

The judge asked if it is necessary for the deputy speaker to comply with the ECP’s decision. The attorney general replied, “No, it is not necessary.”

The judge remarked that the deputy speaker should have written if the verdict in the 21st amendment was in his mind.

At this, the chief justice thanked all the lawyers and said that the SC wanted to strengthen the constitution.

Before the first break, while addressing PPP lawyer Naek — who is not participating in the case due to the boycott — Justice Ahsan asked him to give his arguments if some betterment can be made in the case.

“The issue is, in these cases were are bound by party policy. Although, I was ready to assist the court,” he told Justice Ahsan.