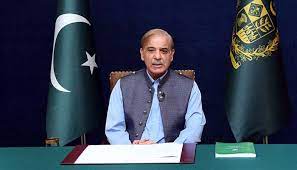 In a tweet, the premier said he was ‘horrified’ by the campaigns that were ridiculing the sacrifices made by the six army personnel who lost their lives in the accident, amid relief efforts in Balochistan’s flood-hit areas.

“The social media campaign belittling & ridiculing the sacrifices of our martyrs was horrifying. This is what self-righteous political narratives do: they poison the minds of the youth & weaponise hate speech. Which way are we headed?” he wrote.

“The moment calls for a deep reflection,” he added.

‘Propaganda against Pak Army is intolerable’

Pakistan Muslim League-Q (PML-Q) chief Chaudhry Shujaat Hussain also issued a statement regarding the hateful campaigns, saying the Army has supported the public in times of distress and any propaganda being spread against it is intolerable.

“Pakistan Army has sacrificed a lot in eradicating terrorism from the country and maintaining the peace,” he said.

He further stated that the entire nation is deeply grieved and is standing with the families of the martyred, adding that politicians should set aside their motives and show full solidarity with the army.

The statement comes amid an ongoing online smear campaign stoking the speculations that the helicopter crash was “orchestrated” through conspiracy by the country’s security establishment. The conspiracy theory fell on the fertile ground after similar allegations echoed from certain political activists who fumed against the military.

A day earlier, the Inter-Service Public Relations (ISPR) also condemned negative propaganda, saying that it had hurt the sentiments of the families of the martyrs.