PML-N leadership believes any kind of abuse, is a clearcut violation of Pakistan’s constitution: Sanaullah 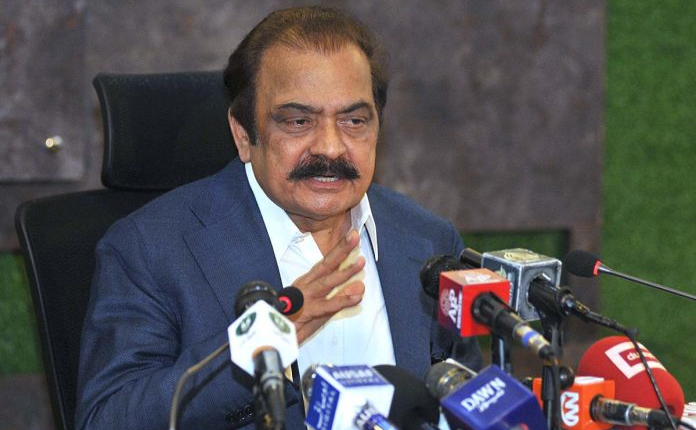 The Pakistan Muslim League-Nawaz (PML-N) leader addressed a press conference in Islamabad and refuted claims made by PTI Chairman Imran Khan about his chief of staff allegedly getting ‘tortured’.

The minister said all of these accusations are ‘lies’ created to divert the attention of the public from the controversial statements made by Gill as well as the hateful social media campaign against the Lasbela copter crash martyrs.

He said the PTI leader himself hasn’t filed any complaints about him being tortured in custody, terming the entire fiasco as ‘drama’ that is only being played on the media and has no legal basis.

Sanaullah furthered he takes full responsibility for denying the accusations, adding that the PML-N is against all kinds of torture and abuse, as their party leadership had gone through the same during Imran’s tenure.

“The PML-N leadership believes that any kind of abuse, is a clearcut violation of Pakistan’s constitution and we strongly oppose all forms of violence, as even our entire leadership was subjected to mental and physical anguish at the hands of Imran Khan during his tenure,” he said.

Moreover, Sanaullah clarified that Gill is being given just treatment in custody and is being fed whatever he demands during the day.