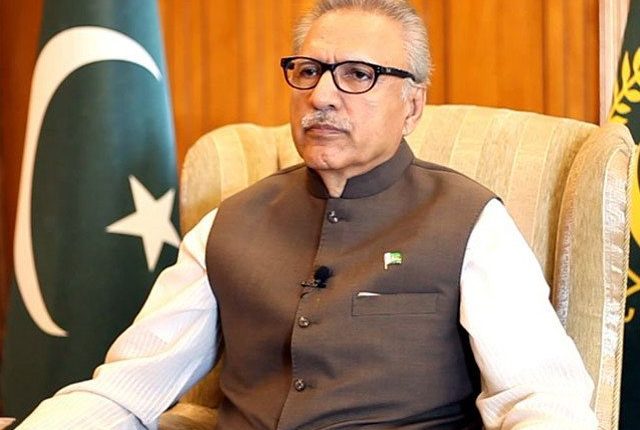 In what appears to be a clear departure from his party chairman’s current strategy, President Dr Arif Alvi asked on Friday all political parties to pause politics and urged all the stakeholders to launch a nationwide drive to mobilise people and organisations to assist civil and military administrations in their rescue and relief efforts for flood victims.

The president’s call has come at a time when Pakistan Tehreek-e-Insaf (PTI) Chairman Imran Khan, top party leadership and Punjab Chief Minister Chaudhry Pervaiz Elahi along with his son, Moonis Elahi, are busy holding power shows in different cities as if they were oblivious to the problems of the flood-hit people.

PTI has governments in Punjab, Khyber Pakhtunkhwa, Azad Kashmir and Gilgit-Baltistan and it has widely been discussed if PTI along with its coalition partner in Punjab – PML-Q – should continue to hold rallies when more than half of the country is under water and people are eagerly waiting for aid and relief.

Nevertheless, PTI leaders have defended the move to hold rallies amid criticism from the government side. The president’s remarks came in a meeting with senior media persons who called on him at Aiwan-e-Sadr on Friday.

Meanwhile, Alvi clarified that “as the president he did not have a constitutional obligation to play a role to defuse the current political polarisation”. However, President Alvi said, “If all the stakeholders agree, he will volunteer in his personal capacity to mediate among the stakeholders on major questions faced by the country, including the date of next elections, consensus-based economic charter, and the way forward on making key appointments.”

While replying to a question, President Alvi reiterated that “all the institutions, including the judiciary and the army, should not be used for political point scoring, as such comments were not in the greater national interest.”

In a tacit reference to Imran’s chief of staff Dr Shahbaz Gill’s case, who is facing charges of inciting mutiny in the army, Alvi said that “we needed to understand that any comment, narrative or analysis, having the potential to create division within the institutions or between the institutions and people of Pakistan, could never be in our national interest.”

Dr Alvi called upon all the political parties, opinion leaders, eminent members of the civil society and the media persons to remain within the confines of Article 19 of the Constitution and relevant laws and regulations while discussing or commenting on institutions.

Talking to the senior journalists about his visit to flood-hit areas of Khyber Pakhtunkhwa, Southern Punjab, and the low-lying areas of Sindh and Balochistan, the president said that this unprecedented catastrophe had been induced due to global warming and climate change whereas Pakistan contributed less than 1% to the global carbon emissions.

President Alvi further said that the developed world, being the major contributor to global warming and climate change, should proportionally bear the burden of rescue and relief operations, reconstruction of damaged communication infrastructure, rebuilding the destroyed houses and compensating the people for lost property, livestock and standing crops.

The president highlighted that the climate catastrophe had affected more than 33 million people; 1,100 people including over 350 children had lost their lives; more than 1,600 people had been injured; over 1 million houses had been partially or completely destroyed; entire villages had been wiped out; over 735,000 livestock had perished; two million acres of crops had been inundated, and the communications infrastructure had severely been damaged.