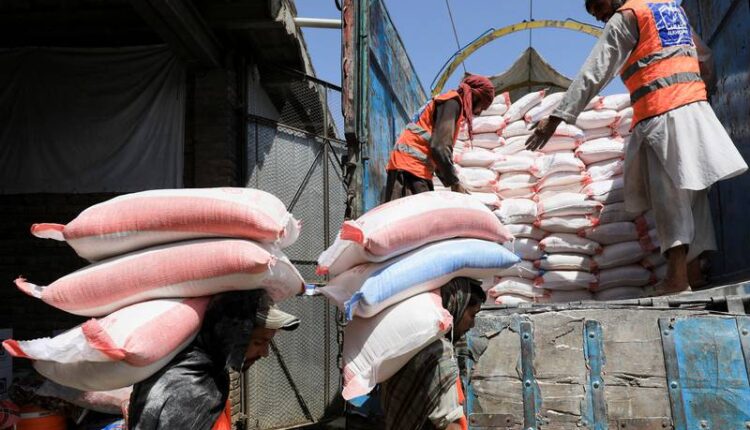 Food and medical supplies on the way after disaster causes more than 1,000 deaths

The UAE is sending food, aid and medical supplies to Afghanistan after an earthquake that left more than 1,000 people dead.

President Sheikh Mohamed ordered that an air bridge be established to provide relief.

Rescuers are struggling to reach survivors in remote areas of the country after the disaster on Wednesday.

The death toll is expected to rise, as is the tally of injured, which stands at more than 1,500 people.

The 6.1 magnitude earthquake struck early on Wednesday about 160 kilometres south-east of Afghanistan‘s capital Kabul, in arid mountains dotted with small settlements near the border with Pakistan.

Poor communication, damaged roads and flooding from before the earthquake were hampering the emergency response, officials said on Thursday.

The town of Gayan, close to the epicentre, sustained widespread damage, with most of its mud-walled buildings damaged or completely destroyed.

The Taliban government has called on the international community for help.

The UN has shipped about 10 tonnes of essential medical supplies to the region and sent 20 health teams, said the UN’s humanitarian co-ordinator for Afghanistan, Ramiz Alakbarov.

He said a rapid assessment of the situation was being conducted and at least $15 million was urgently required — a figure that looks set to increase.

The Japanese government announced plans to provide assistance to Afghanistan, a government representative said on Thursday.

Taliban spokesman Zabihullah Mujahid wrote on Twitter that eight lorries of food and other necessities from Pakistan arrived in Paktika.

He said on Thursday that two planes of humanitarian aid from Iran and another from Qatar had arrived.

The US said it would look for ways to help, including through potential talks with the Taliban.

Referring to the US Agency for International Development, US National Security Adviser Jake Sullivan said: “President Biden is monitoring developments and has directed USAID and other federal government partners to assess US response options to help those most affected.”

Secretary of State Antony Blinken said the US was in touch with humanitarian groups active in Afghanistan that receive support from Washington.

Women in the UAE can inspire the rest of the world