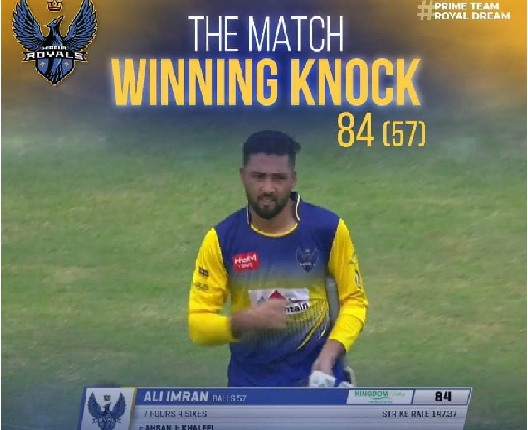 Most active Franchise of Kashmir Premier League, Mirpur Royals starts their KPL Season 2 campaign with the win over Kotli Lions by six wickets. In pursuit of 152 runs target, opener Hassan Nawaz and Mohammad Ikhlaq got out early. Ali Imran and Captain Shoaib Malik put up a great show and added 116 runs. Malik went for 48 while Ali Imran’s got out on 84 of 57 balls. Mirpur Royals chased down the 152 runs total with two balls to spare. Ali Imran declared man of the match on his brilliant Innings.
Mirpur Royals will play their second league match against Bagh Stallions on Monday at 7pm.