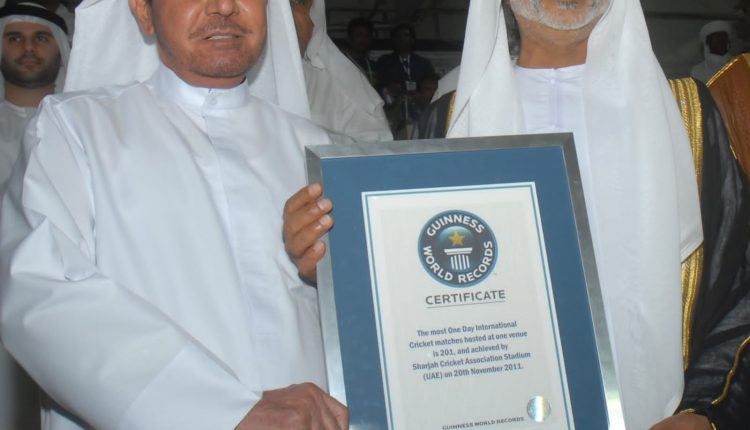 Saturday marked another red letter day in the history of Sharjah Cricket Stadium Breaks Guinness World Record the Sharjah stadium. The 28th T20 between Sri Lanka and Afghanistan made it the number one venue for staging internationals, nudging out the Sydney Cricket Ground from the top position. Sharjah has now hosted 244 ODIs, 9 Tests and 28 T20s giving it a total of 281.

Reacting to this distinction Abdulrahman Bukhatir said it was a very satisfying feeling and thanked all those thousands who have enjoyed the games these past 40 years.

Policybazaar.ae And Adamjee Insurance Set To Offer An Umbrella Of Enhanced Health Insurance Plans For UAE Based Pakistani Nationals