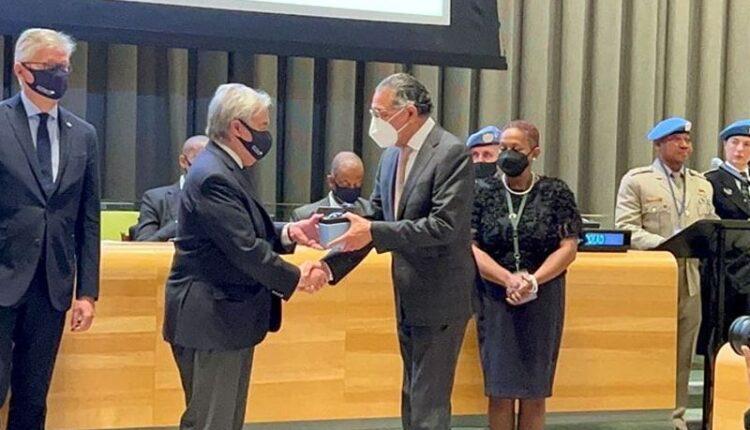 UNITED NATIONS: Six Pakistanis were among 117 UN peacekeepers who were awarded UN medals of courage on Thursday for sacrificing their lives for the cause of peace.

Five of the six — Tahir Ikram, Tahir Mehmood, Mohammed Naeem, Adil Jan and Mohammed Shafiq — were from the armed forces, while the sixth, Ibrar Syed, was a civilian.

At the UN Headquarters, Secretary-General António Guterres laid a wreath to honour the nearly 4,200 United Nations peacekeepers who have lost their lives since 1948. And later, he presided over a ceremony at which the Dag Hammarskjöld Medals of Courage were awarded posthumously to 117 military, police and civilian peacekeepers, including six Pakistanis, who lost their lives serving under the United Nations flag in 2021.