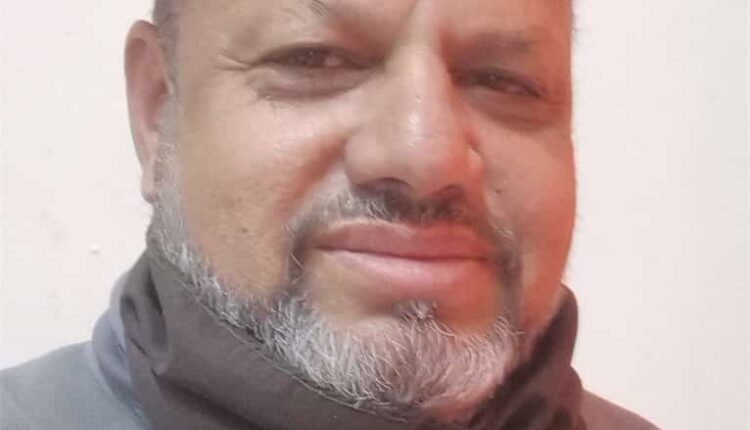 Since the establishment of Taliban government in Afghanistan following withdraw of the coalition forces, India has been one of the leading critics of Taliban. Indian media has been calling Taliban ‘extremist lslamists’ and the Indian government has always labeled the Taliban “a Pakistan’s proxy terrorist group. lndia has been actively supporting Afghanistan’s US-backed government before it was overthrown by Taliban in August last year. India had also expressed fears that the Taliban comeback would encourage violence in the Indian occupied Jammu and Kashmir. Besides, in order to maintain political influence in Afghanistan, India has always relied on non-ethnic Pashtun leaders instead of Afghanistan’s traditional ethnic group i.e. the Pashtuns Taliban. ln the wake of Taliban takeover, Indian policymakers and experts have been of the opinion that there were no  guarantees that Afghanistan would not again become a haven for the militants. Former Indian ambassador to Kabul still holds view that “Afghanistan may be poised to become a bottomless hole for all shades of radical, extremist and Jihadi outfits somewhat similar to Iraq and Syria, only closer to India”. However, in a brazen volt face, Indian is now reaching out to Kabul pleading with Talliban to establish relations with the Indian government.

During a recent visit of Joint Secretary J P Singh of India’s Ministry of External Affairs to Kabul, India requested the Taliban to establish relations and expressed the desire to reopen Indian Embassy in Kabul. India has further offered to train Afghan army under Taliban regime in India, which is ironic as India had been training Afghan army in the past that was fighting against Taliban. However; this is the nature of duplicity and double game that vile regimes like BJP are so good at. Otherwise, had it been for the love of the Afghans, India would have not been deporting a large number ot Afghans who fled to India in the wake of Taliban’s takeover. It is also well known that India was among the most eager nations that closed their missions in Afghanistan while leaving behind “friendly’ Afghanistan in chaotic conditions.

The present regime in India i.e. RSS / BJP is well known not only for its anti-Islam and anti-Muslims ideology but also for its actions on ground. The recent act of blasphemy by top BJP leaders against the Holy Prophet of lslam and the subsequent brutal crackdown on the Muslims protesters in India are the latest manifestations of rampant Islamophobia in India. On the other hand, highly orthodox Taliban represents a government based strictly on lslamic Sharia. This contradiction makes India and Taliban strange bedfellows. India is neither a geographically contiguous nor can be a strategically natural ally to Taliban. Therefor its volt face rapprochement with Taliban regime is, at best, mala fide and dubious.

It is quite obvious that, like in past, the basic concept of Indian relations with any government in Afghanistan has been ‘Pakistan centric’. It can be substantiated by quoting India’s foreign secretary, Harsh Vardhan Shringla who rushed Washington last September where he stated that his country was “closely watching Pakistan’s actions in Afghanistan.” The latest change in India’s strategy to befriend Taliban seems to be an acceptance of the fact that the Taliban movement is unchallenged and engagement with Taliban was imperative to maintain India’s presence in Afghanistan. For India, Afghanistan was and will always be a theater of competition with Pakistan and a post from where it can continue with its operations to destabilize Pakistan. India, like Israel and other repressive world powers is among those rogue states tnat destabilize other countries or even regions in the name of ‘self-defence’ or ‘new world order’.

By reaching out to the Taliban regime, which is in dire need of any sort or international help, India plans to exploit the situation to get a foothold in Afghanistan so that its notorious intelligence agency, RAW could continue with its support to the terrorist activities in Pakistan. During India- friendly Afghan governments of the past, New Delhi had a free reign to arm and finance terrorists groups to carry out subversive activities against Pakistan and create tension on Pakistan’s Western border. Government of Pakistan, through publication of a dossier on India’s use of Afghan soil for terrorism in Pakistan has already made it known to the world what was the real interest that India had in Afghanistan. Recent attempt to befriend with Taliban is hardly anything but aimed at reviving the old turf against Pakistan.

Indian mindset behind establishing relations with Taliban is quite obvious and Pakistan must be taking the counter steps; however, what remains to be seen is how do Taliban regime balance out the situation where it desperately needs international acceptance as well as assistance but at the same time has to maintain its orthodox Islamic character and relations with the neighboring Pakistan. India, on its part is going to continue to play its destabilizing role in the region even if it has to engage with once loathed and despised Taliban regime.