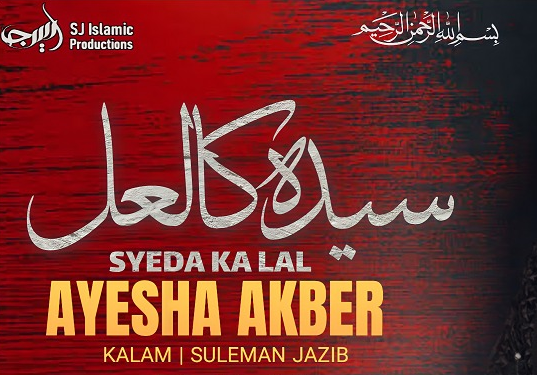 This poem, “Syeda Ka Lal”, was written by him and recited by Naatkhawn Ayesha Akbar.
Emran Ali recorded the audio of this special kalam, while Orange Media did the video recording in a Lahore studio. This video was directed by Ali Shazeem, while Tahir Rasool is the DOP.
“Syeda Ka Lal” is one of the best kalams released in Muharram ul-Haram. It is a unique poem that, like its name, pays homage to Hazrat Imam Hussain RA following consensus from the Muslim Ummah.
Audio and video are produced with elegance and style that capture and touch the hearts of viewers and listeners.

What kind of independence is this where we are enslaved to IMF: PM Shehbaz