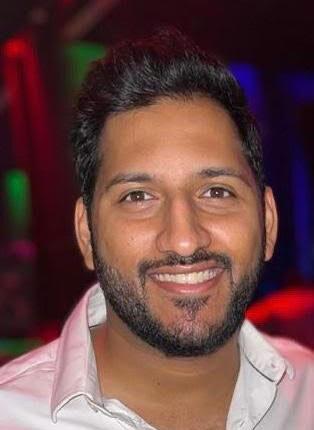 Dubai, UAE June 16, 2022: Kunal Naik’s congratulatory email got sorted into his junk folder and if it wasn’t for a phone call from an Emirates Draw representative, the newlywed would have never known he was among 7 other winners who received AED 77,777 each from the socially responsible organisation.

“It’s hard to describe how happy I am that I won AED 77,777, especially since I tried a couple of times before but hadn’t won anything, so I guess third time’s the charm,” the 30-year-old Dubai-based Indian expatriate said, smiling.

Kunal, who works in accounting, added: “Thank you to Emirates Draw for giving me this amazing opportunity, I want to use part of my winnings to help my parents since my father’s retiring this year and they’re moving back to India. I’m not sure what to with the remaining amount, but my wife’s encouraging me to use it for a long overdue holiday to the USA.”

For Ashfaq Mir Rahman, it was several excited messages from his friends that tipped him off that he had won AED 77,777 with Emirates Draw. Stunned, he rushed to check whether the amazing news was true and once it was confirmed, the Indian expatriate was filled with joy at having his life transformed by the socially responsible organisation.

“My friends were watching the last draw and when they saw my name on the screen, they all immediately texted to congratulate me, which was a shock, especially since I’ve only won once since I started participating nine months ago when Emirates Draw officially launched. That amount was AED 77 so winning AED 77,777 is a definite upgrade,” Ashfaq said, laughing. The 45-year-old, who works in bank operations, shared that he plans to use his winnings to pay down his debts as well as donate a portion to charity.

The AED 100 Million Grand Prize, the largest in the region, remains up for grabs to be claimed by a single person or group of people who match all seven numbers from right to left. Optimistic participants have another chance to try for the life-changing prize during the next draw round, which will again be broadcast live on Sunday, June 19, 2022, at 9 PM UAE time.

A socially responsible UAE based organization that aims to support local environmental causes and initiatives through the CSR programmes that it spearheads. The organization aspires to provide ‘For a Better Tomorrow’ and radically improve everyday life for its lucky winners and society at large. Inclusive to all, eligible participants (18 years and above) are entered into two weekly draws; the first draw featuring seven guaranteed winners of AED 77,777 each and the second draw for six prize categories including the largest Grand Prize in UAE history of AED100 million.