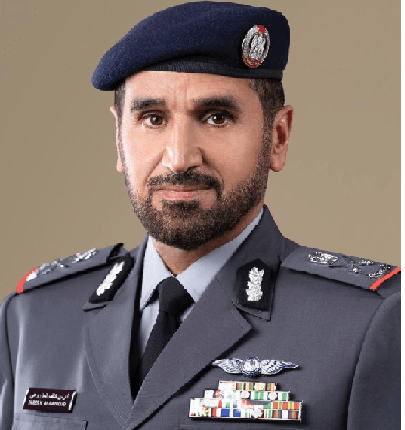 Abu Dhabi Police have always been committed to supporting the Abu Dhabi Vision 2030 which focuses on making Abu Dhabi one of the world’s best cities and achieving a high quality of life. To this end, Abu Dhabi Police have employed integrated smart technology in detecting and preventing crimes to get strategic goals accomplished. Abu Dhabi Police’s investment in its basic, proactive, and preventive services has had tangible consequences. Compared with the second quarter of 2020, the alarming reports for every 100.000 inhabitants have decreased by 13.84%. Traffic accidents fatalities for every 100.000 inhabitants have decreased by 4.44%, with an improvement of 31.92% in response times for emergencies and 29% improvement in the National Index.

In light of the rapid consequences of the Covid-19 pandemic in the world and their impact on the vital operations of the institutions and services provided to the community, Abu Dhabi Police have gained a prestigious position among the international police agencies, due to its unwavering efforts to preserve security and stability in the country.

Major General Staff Pilot Faris Khalaf Al Mazrouei, Commander-in-Chief of the Abu Dhabi Police stressed that the emirate’s accomplishment is the outcome of the support of the UAE’s wise leadership and in compliance with its directives to “always be at the forefront” to further provide the best police services and ensure sustainable quality of life for the emirate’s community.

He noted that Abu Dhabi police is keen to enhance joint cooperation with all the segments of the society and to continuously seek to achieve more advances that exceed its present capabilities thanks to its readiness for the future through embracing proactive, flexible, and innovative strategies and corporate policies that address the future challenges to further enhance its international competitive position.

His Excellency Major General Maktoum Ali Al Sharifi, Director-General of Abu Dhabi Police, valued the care and support extended by the wise leadership to Abu Dhabi Police, which was positively reflected on strengthening institutional readiness for all possible scenarios in the areas of police work.

He explained that excellence and its requirements have been clear from the first step the Abu Dhabi Police have laid out its future trends towards global leadership through an integrated and harmonious government work system with efforts being confidently focused on national priorities to further ensure that Abu Dhabi remains as a safe and secure society while also providing high-quality services for citizens, residents and visitors of the emirate, by enriching the added value and achieving qualitative leaps in performance to achieve the Abu Dhabi Government Vision 2030.

The Abu Dhabi Police has paid attention to building links with its partners, culminating in working with as many as 161 partners and around 150 memoranda of understanding and agreements being signed to further enhance joint cooperation and coordination with other partners with a 100% completion rate being achieved. Some of the important projects included delivering security awareness to the people using public transportation, students at the universities, and inmates at correctional facilities, among others.

Abu Dhabi Police has accomplished remarkable achievements in all its sectors, thanks to the efforts and support extended by the UAE visionary leadership to preserve security and promote the emirate of Abu Dhabi’s position as a leader in international competitiveness. According to Numbeo, a website for crowd-sourced global data, Abu Dhabi Police has ranked the safety index with a crime rate decreased from 15.51 at the beginning of 2017 to 11.3 at the beginning of 2020, surpassing 300 cities in the world. According to the report prepared by the Economist Intelligence Unit, an analytical arm of The Economist magazine, Abu Dhabi moved from 29 and ranked 11 in the personal safety index, bringing the safest city of the world for the fifth consecutive year.

To achieve its corporate reputation, Abu Dhabi Police have participated in local, regional, and international competitions and managed to win 13 prizes in various police areas including optimal use of modern technologies and adoption of innovative approaches, total quality, voluntary and humanitarian work, among others.

Thanks to its constant efforts to use resources in an optimal way, fight and prevent crimes, keep pace with modern developments and employ the best equipment, Abu Dhabi Police achieved qualitative leaps in preserving the safety of the community members.

Abu Dhabi Police achieved a significant improvement of 57.10% in the rate of alarming crimes reported per 100,000 of the population. Electronic crimes, thefts, and narcotics crimes have decreased by 29.8 %, 33.83 %, and 47.1% respectively.

Using the most advanced methods, Abu Dhabi police have implemented a set of initiatives and proactive operations in the area of crime prevention such as the ‘Forensic Geology’ project, ‘ A Chance for Hope’ project for abusers of narcotics, and other projects intended for ensuring the safety of the community in the emirate of Abu Dhabi.

Quality of life and well-being of community

Abu Dhabi Police General Headquarters have worked to enhance the quality of life in the community and achieve positivity by achieving results and outputs that delight all concerned and contribute actively to the happiness of individuals and society and enhance their quality of life in a sustainable way, where the rate of response time for emergency reports decreased by 31.59% and the digital transformation of services provided to the community reached 100%, and Abu Dhabi Police interacted with upgrading its services to the public where the number of calls received by the channels of communication to the call centers of Aounak , Aman Switch – we are all police Program has  reached  4,866,231 calls, and the members of we are all police participated in providing about 156,000 volunteer hours with a satisfaction rate of 98.9%, Abu Dhabi police solved social problems by 85%, and the General Command of Abu Dhabi Police provided about 51 fully equipped rooms to allow guests to visit penal and correctional institutions remotely from the nearest police station through visual communication in 34 locations across all geographical areas of The Emirate of Abu Dhabi .

Abu Dhabi Police has also implemented 182 happiness initiatives and allocated 8,087 gifts and 500 vouchers to support career happiness initiatives. Satisfaction with the police response and its continued response was 84.5%, according to the 2020 UAE Abu Dhabi Quality of Life Report, and the GHQ received the highest percentage in the confidence index in government institutions in the same report.

Innovation and readiness for the future

In the field of innovation and readiness for the future, Abu Dhabi Police has implemented the Future Radar Platform, which is powered by artificial intelligence and is managed by experts and academics specializing in the methodology of looking ahead and helps to improve the forward-looking process by limiting the global trends (opportunities and challenges) associated with policing. The Radar provides a database in various forward-looking areas, and it consists of 25 future orientations such as: Artificial Intelligence Ethics in Transportation, Dark Web, Victims of Road Accidents, Vehicle Repair, Facial Fingerprint Recognition System, etc…

Abu Dhabi Police has also developed an interactive platform for the Ideas Center to promote its strategic goal of establishing creativity, innovation and readiness for the future, by involving workers, customers, community members, partners and suppliers to provide value-added development ideas that contribute to solving the challenges it faces, to achieve the vision of ambitious leadership and strengthen its leadership position, and the number of ideas on the platform reached 16,535 ideas and 2068 proposals in different areas. .

In order to achieve the centenary of Abu Dhabi Police 2057, which includes axes to include all aspects of future police operations, the General Command has implemented 19 projects to support future security trends in Abu Dhabi, including the project to support the computers, develop the response system at the Command and Control Center, establish an electronic database of the most prominent criminal methods in Abu Dhabi and develop the mechanism of combating cybercrime and the system of artificial intelligence in dealing with traffic violations and the system of monitoring news RSS The development of the system of violations of preoccupation without the road using artificial intelligence and the system of emergency calls electronic and the project of digital anatomy and the capsule air ambulance and the project smart patrolling operated by artificial intelligence where the patrol can monitor and control various traffic violations such as excess speed violations and violation of not fastening the seat belt and talking in the phone and busy without the tug and wanted persons and the patrol was provided with cameras and modern technologies

Abu Dhabi Police has activated the integrated and innovative security and information system “Safe City” to reduce the spread of the CORONA virus COVID19 With the beginning of the launch of the national sterilization program, on a broad geographical area representing 87% of the country’s area in Abu Dhabi, Al Ain and Al Dhafra, activation achieved positive results by reducing the near physical contact between the field force and drivers, where the goal was to reach a reduction of physical contact by 90%, and also the results reach the percentage of public commitment to the curfew during the period of the national sterilization program by 98%, as a result of adopting proactive projects to deal with the rapid changes in crisis management such as the early warning project in coordination with ( NCEMA ) Based on the warning of the population and reminding them of the times of the national sterilization program where an alert is issued in 4 languages based on geographical areas, and the project of transit permits through the latest technology where 1,569,063 permits were dealt with during the period of the national sterilization program, and the project of the system of monitoring violators that follows movement in internal, external and highway roads, using artificial intelligence technology where the percentage of violators decreased from 31% to 2.255% .

To ensure the sustainability of the services provided to the public, the service management system was developed in the context of the crisis (COVID19) based on proactive analysis and study of the health situation in the country and customer data resulted in the formation of committees and task forces to deal with the crisis at three levels, contributing to the continuity of providing all services of Abu Dhabi Police GHQ by 100%.