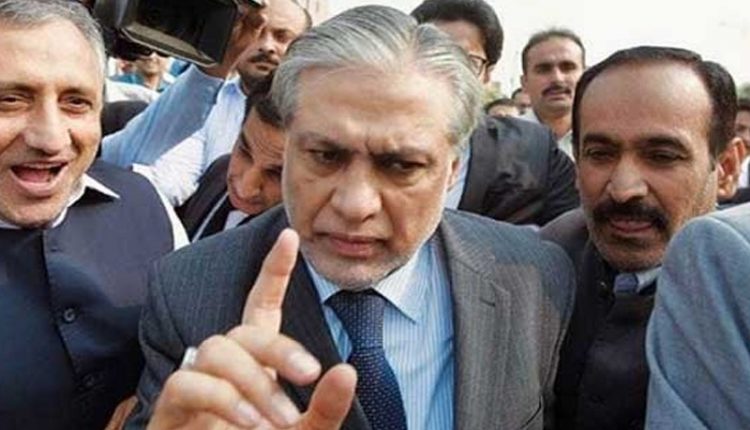 Islamabad: An Accountability Arrested On Arrival Of NAB Islamabad suspended Ishaq Dar’s warrant till October 7. Judge Muhammad Bashir said in his remarks that Ishaq Dar should not be arrested when he comes to Pakistan. Ishaq Dar should come back to Pakistan then see the cancellation of the warrant.

The court, while giving an opportunity to Ishaq Dar to surrender, also ordered that the PML-N leader not be arrested when he lands in Pakistan.

Judge Bashir further remarked that Dar should return to Pakistan and look into the cancellation of the warrant against him.

Lawyer Qazi Misbah requested the court that former finance minister Ishaq Dar is ready to surrender, so he should not be arrested on his return to Pakistan.

PML-N leader Ishaq Dar, who lives in London in self-exile, said on Wednesday that his doctor has given him “conditional permission” to return to Pakistan and expressed his willingness to appear in court for hearings within 15 days.

Explaining the rationale behind his decision to withdraw the plea, Dar had said that his petition had maintained that he wanted to come to Pakistan within 15 days.