There will be time for doing other activities including politics but at the moment it is time to assist the flood victims: FM 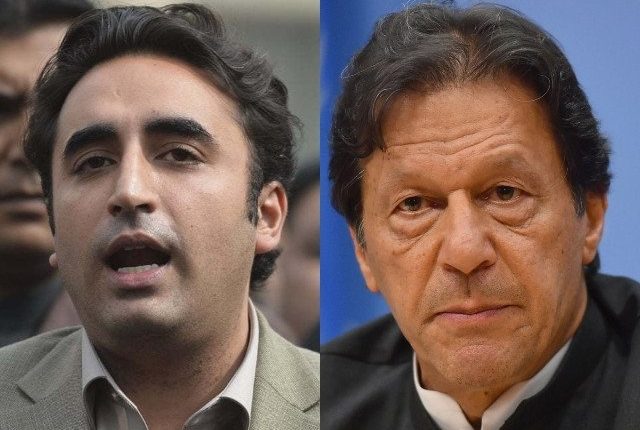 Lashing out at former prime minister Imran Khan for holding political gatherings despite devastation due to unprecedented floods in the country, Foreign Minister and Pakistan Peoples Party (PPP) Chairman Bilawal Bhutto-Zardari has said that the PTI chief is busy in “political point-scoring”.

In an interview with BBC on Saturday, Bilawal said that there will be time for doing other activities including politics but at the moment it is time to assist the flood victims. “Our rivals whether in the government or in the opposition, always lacked interest in such matters.”

He said that the rain-related floods have wreaked havoc in Pakistan and the devastations are spread from one corner of the country to the other.

“Rain-related floods have ruined peoples’ shelters, crops and everything. Punjab, Khyber-Pakhtunkhwa, Gilgit and Sindh provinces have been hit very badly. The Sindh province has undergone the worst of all-time high catastrophe,” he said.

The foreign minister said that every district of Sindh has been badly affected and the Sindh government has marked them as the worst calamity-hit zones.

Bilawal said the rain-related floods have so far rendered above 80,000 homeless in district Larkana alone. The PPP chairman was of the view that amid this escalating catastrophe, the resources are very limited to cater to the needs of those affected. “There is an immediate need for tents, raw and cooked foods and medicine to help the affectees.”

He said that the rains that started in June continued till the end of August, and still the relief and rescue process is on the go. He said that a large-scale migration has already set in as the people are shifting from flood-affected areas to safer dry areas.

“The government will provide all necessities such as tents and food and arrangements have been made at schools, colleges and government buildings for their temporary shelters.”

Bilawal said that the next process will be the rehabilitation of the affected areas, the houses of the victims and the infrastructure of flood-hit areas will have to be rebuilt.

Counting on the high numbers of casualties and damages, the PPP leader feared an increase in human casualties.

PTI funding case, FIA sent letters to over six countries including US, UAE