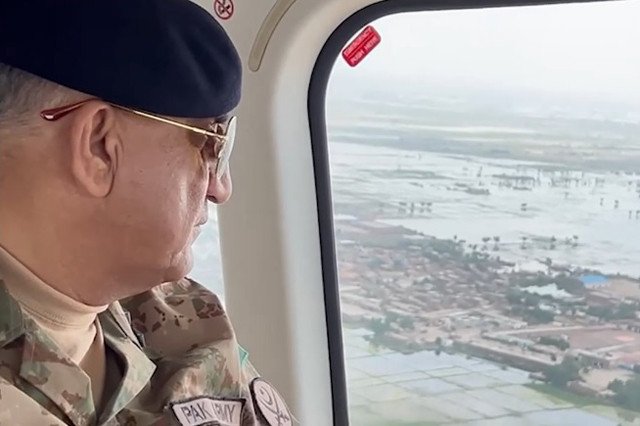 The Inter-Services Public Relations (ISPR) said Gen Bajwa visited COAS Spends Defence And Martyrs Day In Flood-Hit Areas the army flood relief camp in Usta Muhammad of Jafferabad district where he was briefed about the ongoing rescue and relief operations.

The army chief met troops and appreciated their efforts for the flood victims. “The COAS visited flood relief and medical camps and spent time with the locals to get on-ground information about plans to mitigate their problems,” it added.

He also visited Sui where he met local elders and inquired about their well-being and issues. The elders thanked the army chief for reaching out to them during the most difficult time in their life.

He witnessed the ongoing relief effort including the distribution of rations and provision of medical care by the Pakistan Army.

He praised the efforts of officers and Jawans, helping the people in flood-affected areas round the clock.

Later, Lt Gen Haider also visited families of Shuhada [martyrs] in the area and paid tribute to them who laid down their lives while defending the motherland.