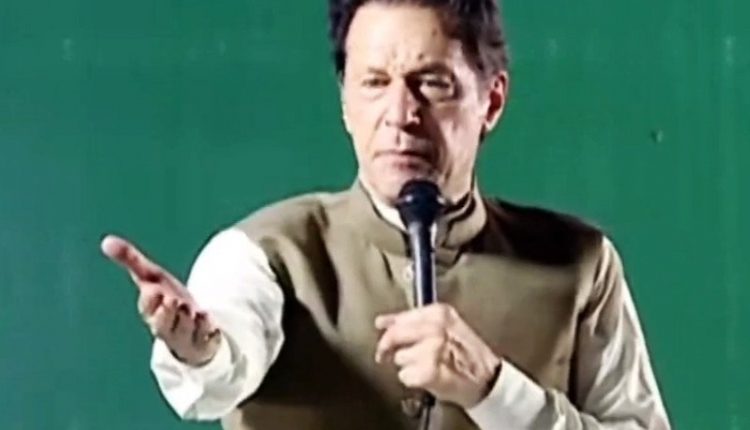 Former prime minister and PTI Chairman Thieves Cannot Be Allowed To Pick New COAS’, Imran Khan has defended his ‘controversial’ remarks about the top military brass, saying “under any circumstances, thieves cannot be allowed to appoint the next army chief”.

“New army chief should be appointed on merit. Thieves – Nawaz Sharif and Asif Ali Zardari – cannot be allowed to pick the new army chief,” Imran said while addressing a public gathering in Peshawar on Tuesday.

The ousted premier said a “cabal of crooks” is running propaganda against him to pit his party against the army.

“Every well-wisher of any institution will speak about merit because institutions can only progress when they are strengthened.”

The ousted premier while responding to allegations of the PML-N-led coalition government said those who are labelling him as anti-army themselves targeted Pakistan’s institutions including the military in the past.

He also played the ruling party leaders’ video statements against the military.

Referring to Dawn Leaks, the PTI chief said the Sharif brothers sent a message to India that Pakistan’s army was supporting terrorism while they had no role in it.

“Likewise, Zardari through Hussian Haqqani asked a US official to save his government from the military,” Imran said while referring to the Memogate scandal

“Should we hand over such an important decision-making to these thieves? No we will never,” he vowed.

The former premier said unlike his opponents his criticism of the military is always positive. Rejecting the allegations that his statement was anti-army, the PTI chief said he never wanted to weaken the army as Pakistan has been spared by “wrath” that other Muslim countries had faced due to the strong army.

Speaking about his controversial remarks due to which he is facing contempt proceedings, the former prime minister said he “might” have passed harsh words against additional sessions and district judge Zeba Chaudhry unintentionally due to the alleged torture on party leader Shahbaz Gill in the police custody.

“I have never allowed my party to attack the judiciary. my judiciary and lower courts as well. I did not want to threaten any judge and it was not my intention,” he clarified.