We must take pride to serve them to best of our abilities, says Gen Qamar 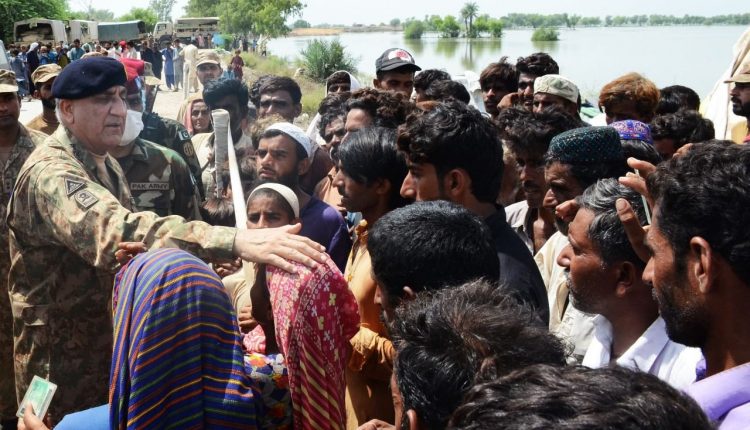 The flood victims thanked COAS for reaching out to them and sharing their problems and discomfort due to floods.

The army chief met troops on ground and appreciated their efforts for bringing comfort to the people awaiting their support. “Helping the people of Pakistan in need is a noble cause and we must take pride to serve them to best of our abilities,” COAS emphasised.

According to ISPR, there are currently 81 collection centres in Sindh, 73 in Punjab, 41 in Balochistan and 17 in Khyber-Pakhtunkhwa (K-P). 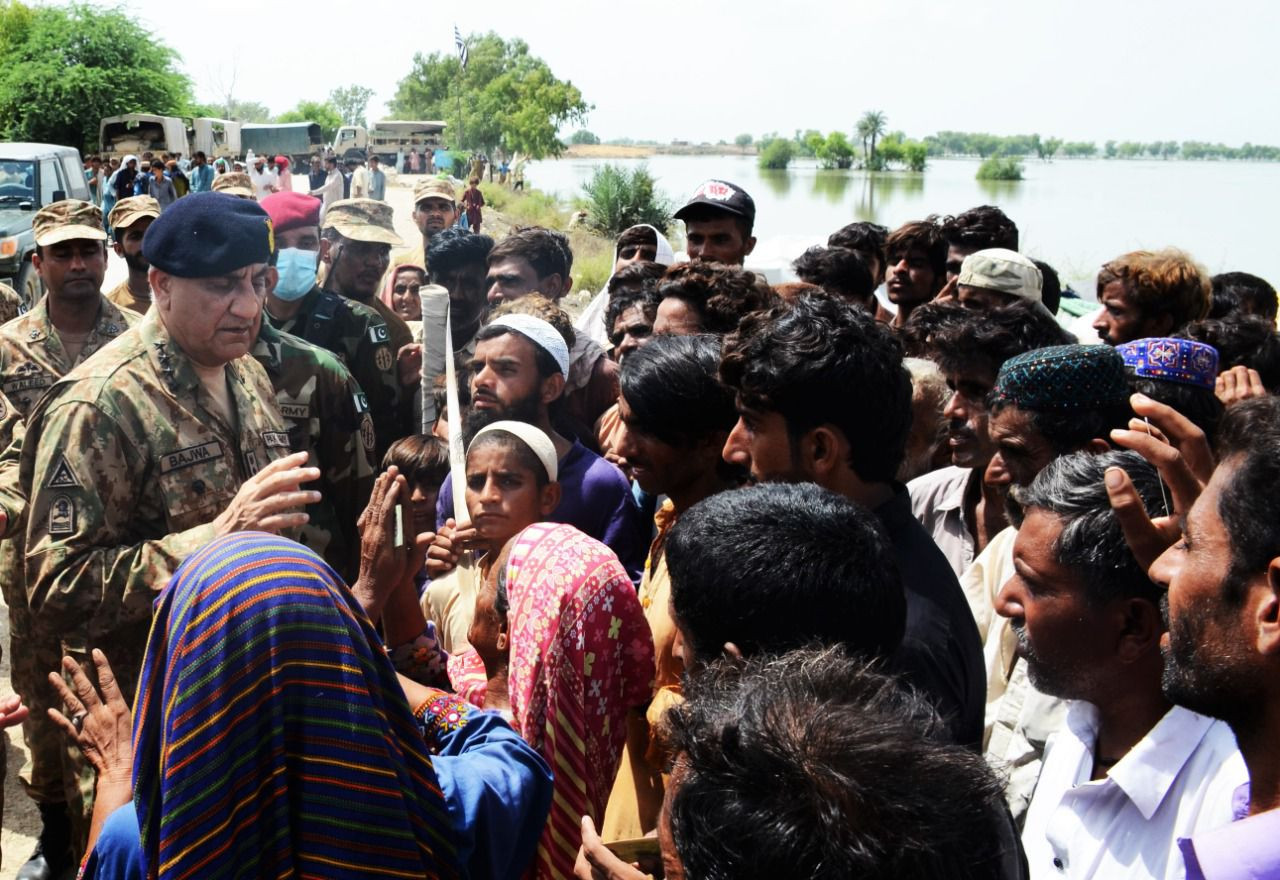 According to the military’s media wing, the Pakistan Army and Frontier Corps have established relief camps in Quetta, Muslim Bagh, Chaman, Sui, Dera Bugti, Sibi, Lehri, Nasirabad, Bela, Uthal and Jafarabad, where food and other amenities are being provided to flood victims. 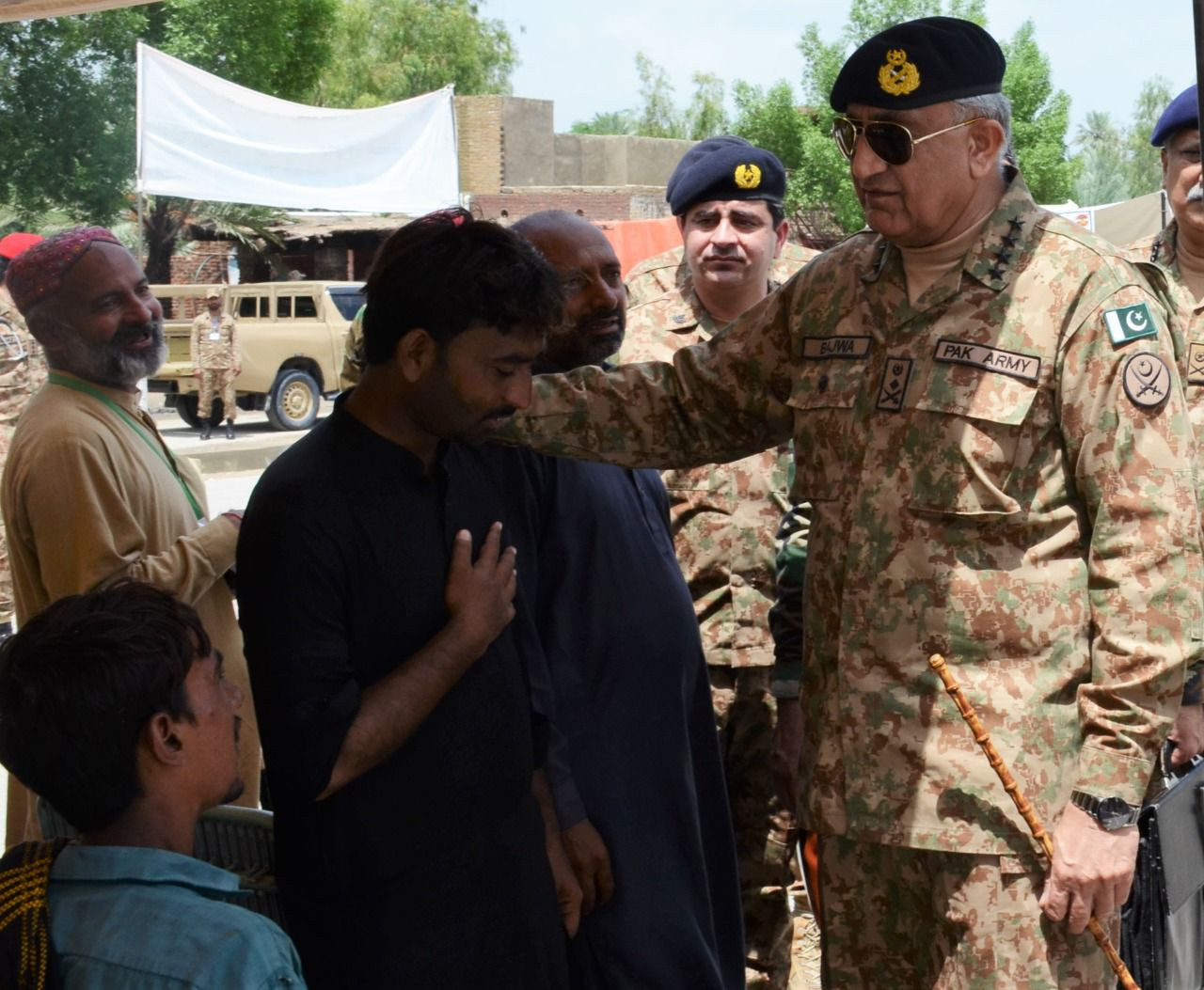 Rescue and relief operations are being carried out in Dera Ghazi Khan, Rojhan and Layyah where troops are providing stranded families with food and other amenities. 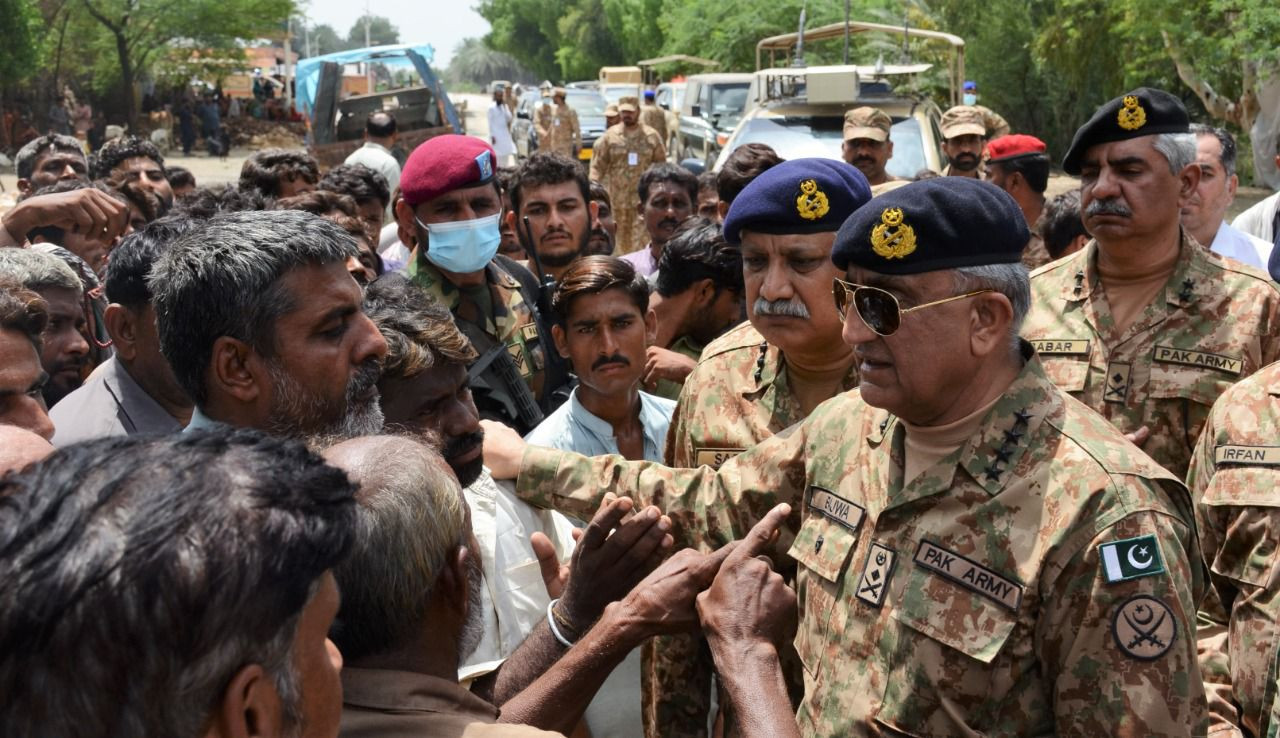 Four medical camps have been established at Badin, Sujawal, Thatta and Umerkot, where more than 1,700 flood victims have received treatment. 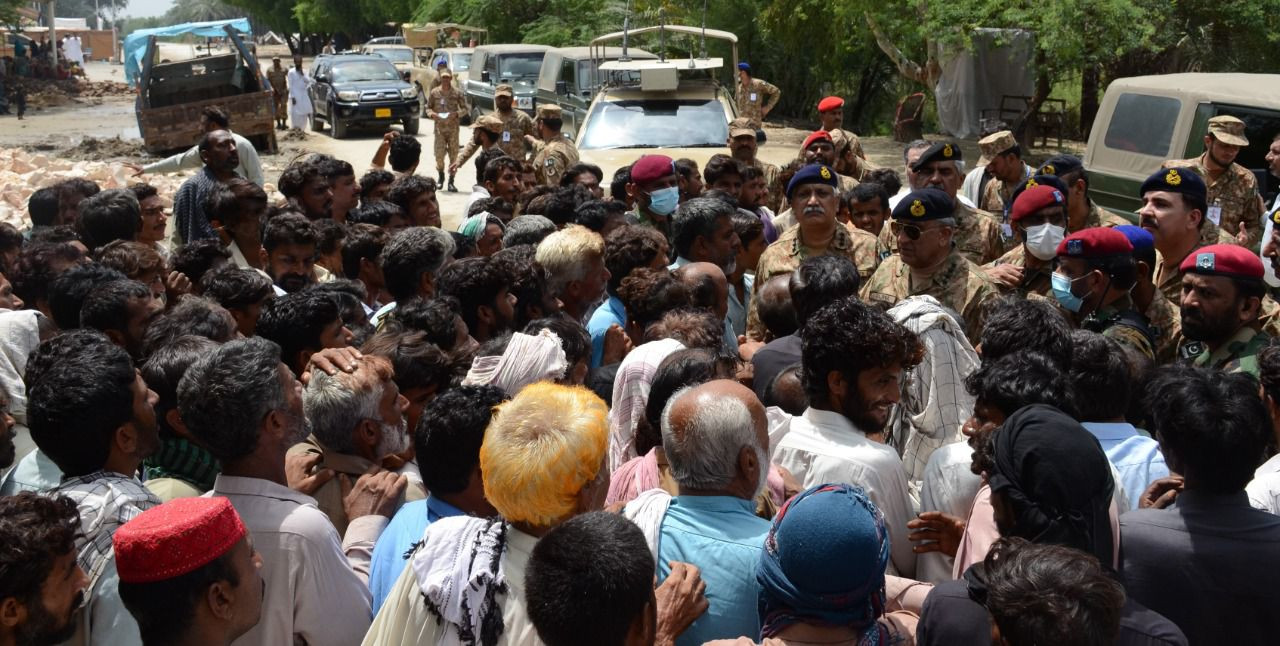 Relief camps accommodating 150 individuals have been established in the flood-affected areas of K-P, while the forward placement of troops has been carried out at Attock and Abbottabad.

There are four field medical camps in flood-affected areas where 715 patients have been treated.

Seven relief camps have been established for flood victims in Charsadda while three have been set up in each Tehsil of Nowshera Districts. The necessary assistance is being provided to the civil administration, said ISPR.