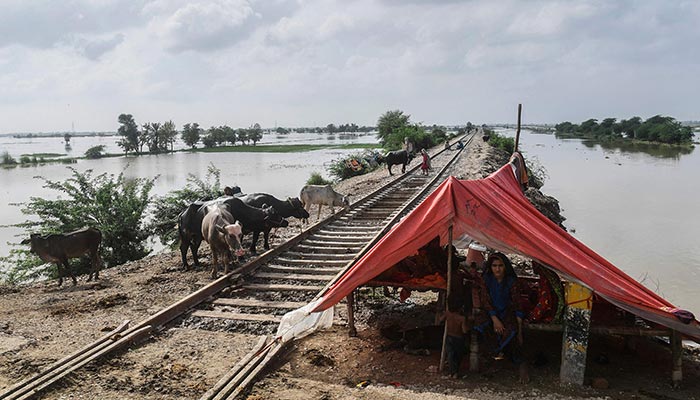 “To lessen the pressure of water, a breach has been made in Juhi Barrage,” the minister said in a statement, adding that the flood water approaching the city could also impact 60 villages.

Shoro added that the breach has been made to save bigger cities from being flooded.

“We have saved Qambar, Warah, Mehar, and Khairpur Nathan Shah from flooding,” he mentioned.

However, Rafiq Jamali, PPP’s member of the National Assembly from Dadu, is upset with the Sindh government’s decision regarding the breach.

“I was not taken in confidence over the decision,” he said, adding that the breach would impact Tehsil Juhi’s population which is over 250,000.

“The floods are expected to submerge more than 65 villages,” he said, adding that water has begun entering Juhi’s nearby villages and people have started migrating to safer locations.