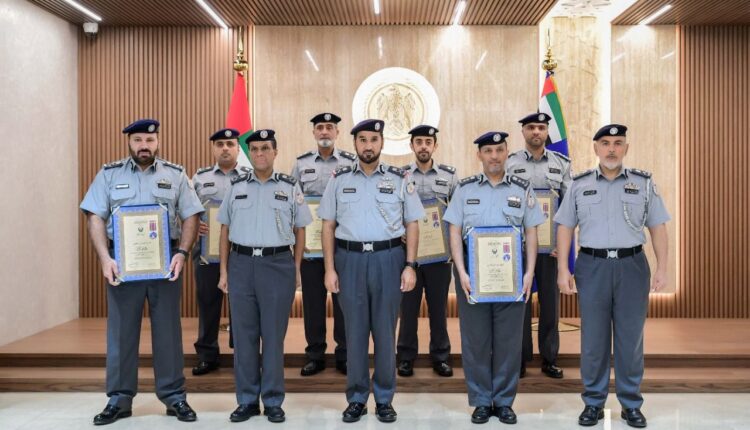 His Excellency Major General Pilot Faris Khalaf Al Mazrouei, Commander-in-Chief of Abu Dhabi Police, affirmed that police human cadres are the mainstay in enhancing security and safety, praising their efforts and keenness to perform their duties professionally and praising the directives of the wise leadership, and their continuous support to enhance security leadership, which has made Abu Dhabi at the forefront of the best and safest global cities. During his honoring, His Excellency called on a number of distinguished police and security cadres at Abu Dhabi Police to follow up on developments in the areas of work, exchange experiences with international organizations and security teams, and keep pace with international developments in the fight against crime. For his part, His Excellency Major General Maktoum Ali Al Sharifi, Director General of Abu Dhabi Police, congratulated the security teams for their outstanding pioneering efforts in security work, stressing the importance of continuing improvement and development efforts to advance the process of police and security work in accordance with best practices and providing distinguished services. This came during the honoring in the presence of Major General Mohammed Suhail Al Rashidi, Director The criminal security sector and a number of officers