Cricketers from IOJ&K invited to play in KPL 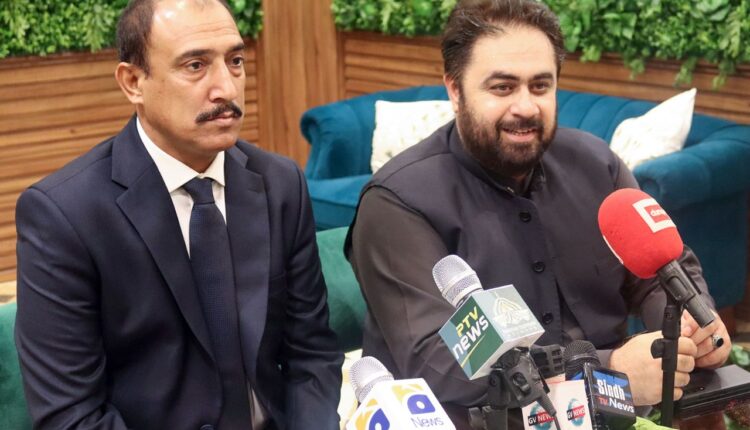 SHARJAH: Kashmir Premier League’s new franchise Jammu Janbaz has also invited cricketers from Srinagar and Jammu to come to Muzaffarabad, be a part of Team Jammu Janbaz, play cricket, establish friendships and reunite with their separated families in Kashmir.

Chairman Jammu Janbaz Ghulam Hussain Shahid said that his aim was to promote cricket and introduce Kashmiri talent to the world.

Introducing Kashmir to the world and boosting tourism were also some reasons behind his decision to buy a team in Kashmir Premier League (KPL), he added.

Moreover, Ghulam Hussain Shahid also announced that the captain of Jammu Janbaz franchise will be star cricketer Shahid Afridi who is not only a superstar in Pakistan and India but is always considered a symbol of fearless cricket in the world of cricket.

Speaking at the press conference, Director Team Jammu Janbaz Naveed Ahmed said that the franchise is looking for talent and the focus of team management is on the talented cricketers of Kashmir region.

He hoped that the team would be able to introduce new talent of Kashmir to the cricket world.

The second season of Kashmir Premier League would be held in August this year while the first season was held in Muzaffarabad last year. The first edition had concluded with Rawalakot Hawks emerging winner under the captaincy of Shahid Afridi.

About Chairman of Jammu Janbaz:

Ghulam Hussain Shahid, chairman of Team Jammu Janbaz, has been in the real estate business for decades and is building a major construction project near the New Islamabad Airport called Kingdom Valley.

Liwa Date Festival to welcome visitors for first time since 2019