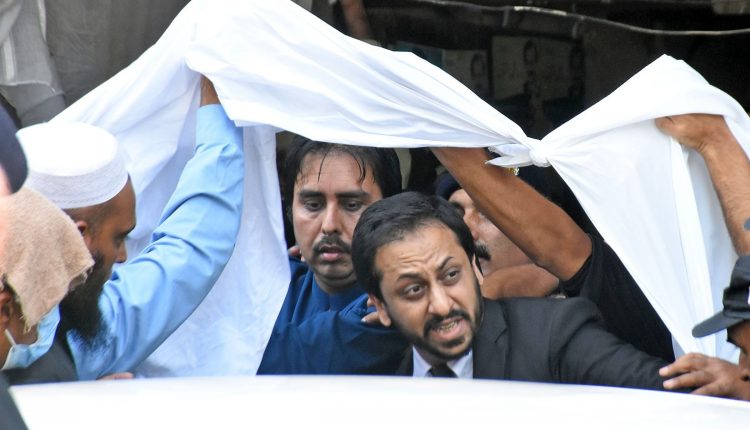 Pakistan Tehreek-e-Insaf (PTI) leader Shahbaz Gill was willing to apologise if there has been any misunderstanding, the PTI leader’s counsel told a sessions court on Monday during the hearing of the bail plea in the sedition case.

Gill Ready To Apologise Over Any ‘Misunderstanding‘, Court Told During the hearing, held in the court of Additional Sessions Judge Zafar Iqbal, Inspector Arshad appeared before the court with the case record.

Gill’s lawyer, Burhan Muazzam, asked the court for permission to see the record, Gill Ready To Apologise Over Any ‘Misunderstanding’, Court Told to know what the evidence against Gill was. The court granted the permission and ordered the police to show the record to the accused’s lawyer, and announced a short break.

Later when the hearing resumed, the counsel told the court that the police did not show Gill’s statement under 161. The court then directed the investigating officer to show the statements.

The judge ordered all irrelevant people be removed from the packed courtroom.

Gill’s lawyers proceeded to tell the court that a case was registered on August 8 over the complaint of Ghulam Murtaza Chandio.

He added that the case was registered after cherry-picking points from different parts of the transcript.

“There has been a misunderstanding somewhere regarding this entire statement,” he said, adding that Gill was ready to clear the air. The advocate also assured that the accused was ready to issue an apology as well.

However, he questioned how the PTI leader could be charged of inciting rebellion by simply picking up different points from the statement.

He further argued that Gill never said that those below the rank of brigadier should disobey their generals.

“His not crazy! He cannot even think of saying something like that,” Gill’s counsel maintained, adding that Gill was addressing Pakistan Muslim League-Nawaz (PML-N) leaders Nawaz Sharif and Maryam Nawaz in his statement.