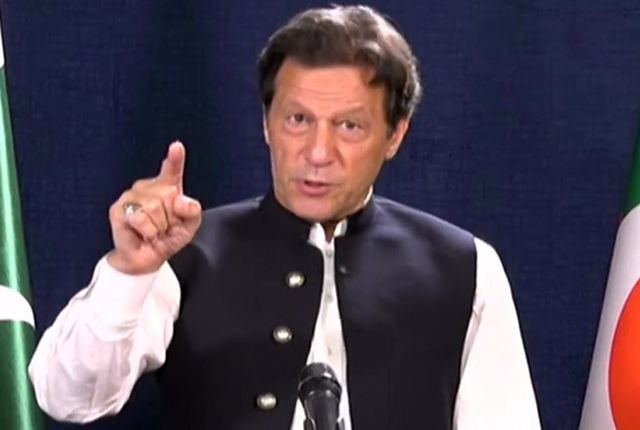 PTI Chairman Imran Khan has said that party leader Shahbaz Gill was subjected to mental and physical torture as well as sexual abuse after he was arrested by the Islamabad police in a sedition case last week.

“All the pictures & videos show clearly [Shahbaz] Gill was tortured both mentally & physically incl[uding] sexual abuse – most too gruesome to relate. He was humiliated to break him down,” the former premier wrote on his official Twitter handle while sharing a video of Gill wherein he can be seen pleading for an oxygen mask.

Expressing shock over the inhuman treatment meted out to Gill, Imran vowed to leave no stone unturned to find out those responsible so as to bring them to book.

“I now have full detailed information in this regard,” he added.

The PTI chairman went on to say that the Islamabad Capital Police (ICT) clearly said that it did not inflict any torture and asked: “So my question is who tortured Gill?”

“There is a general perception in the public at large and in our minds too as to who could have carried out the gruesome torture. Remember the public would react.”

Gill was arrested from Bani Gala Chowk in Islamabad last week after a video clip of his controversial remarks went viral on social media. He was subsequently booked on charges of inciting mutiny in the military.

Earlier today, a sessions court in the federal capital ordered the authorities concerned to conduct a second medical examination of the PTI leader at the Pakistan Institute of Medical Sciences (PIMS) where he is to be kept till Monday.

Rs. 25000 for each flood-hit family accros the Pakistan: Shahbaz Sharif