Institutions must establish ‘writ of law’ against Imran: Asif Zardari 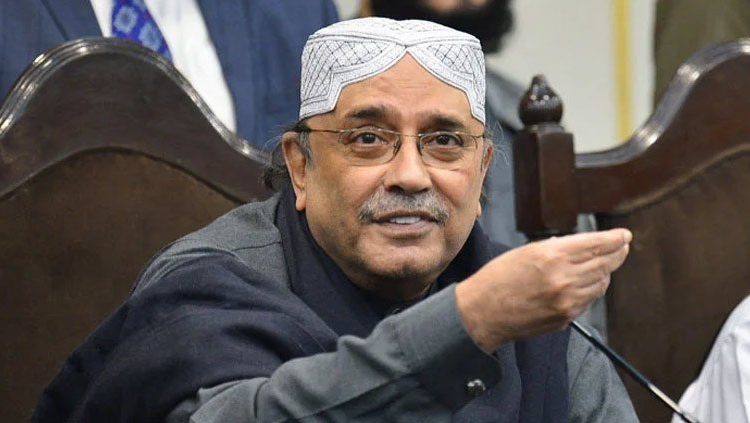 Karachi: Former president and Pakistan Peoples Party (PPP) co-chairman Asif Ali Zardari said on Tuesday that the government and institutions must establish writ of law, otherwise predicting that the Pakistan Tehreek-e-Insaaf (PTI) chairman Imran Khan will target and weaken them.

During a meeting with PPP ministers and leaders in Karachi, Zadari who has returned to the country after a few days’ stay in Dubai, criticised former prime minister Imran Khan for targeting the Pakistan Army and judiciary.

“This man is criticising our army every day,” he said, “while officers and soldiers of the same army are sacrificing their lives in the war against terrorists in two provinces.”

“He threatened the army, police and now a woman magistrate,” the ex-president lamented. “He is now targeting the judiciary and has threatened a woman judge in Islamabad,” he added.

Two nights ago, the PTI chairman and deposed prime minister Imran Khan had been booked in a terrorism case on the complaint of Islamabad Saddar Magistrate Ali Javed for threatening the additional sessions judge of the federal capital, Zeba Chaudhry.

“He is challenging everyone to arrest him,” said Zardari.

“This is not tolerable,” he added as he urged the judiciary to “see if this man is above the law”.

“All institutions must ponder to establish their writ of law lest the law, constitution and institutions fall victim to his lust for power,” he said.

“Since losing power Imran Niazi has lost his temper and his addiction to power is driving him mad with the passage of time,” said Zardari.

Show-cause issued to Imran Khan, for Aug 31 in contempt of court case