Show-cause issued to Imran Khan, for Aug 31 in contempt of court case 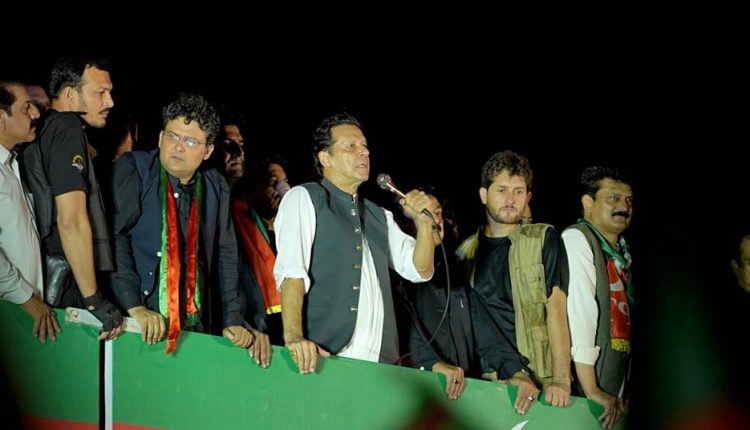 Islamabad: The Islamabad High Court (IHC) issued a show cause notice to former prime minister Imran Khan in a contempt of court case on Tuesday, over his remarks against Additional Sessions Judge Zeba Chaudhry.

The Pakistan Tehreek-e-Insaf (PTI) chairman has been asked to personally appear before the bench on August 31.

Moreover, IHC Chief Justice Athar Minallah has been requested to include more judges in the bench as Justice Mohsin Akhtar Kayani, leading the three-judge bench, said there should be no compromise on the sanctity of court.

Justice Kayani termed Khan’s remarks ‘inappropriate’ and said the case is not only confined to the IHC but the message is going to the highest level, adding that people on social media should be controlled.

Furthermore, he added that there was ‘no need’ for a former prime minister to ‘threaten’ a female judge hearing hundreds of cases.

“Imran is consistently giving remarks against the judiciary and the ECP. This should come to a stop,” he said.

Earlier in the day, AGI Jadoon had filed a separate application seeking to make Imran’s statement against the sessions judge a part of the contempt proceedings.

In his petition, Jadoon had stated that he wants to bring the videos of the former premier’s statements on the record therefore, his statements on electronic and digital media should also be made part of the case.

It was argued that the statements by Imran should be allowed to be played in the courtroom as they will be helpful in the process of reaching a decision in the matter.

Institutions must establish ‘writ of law’ against Imran: Asif Zardari