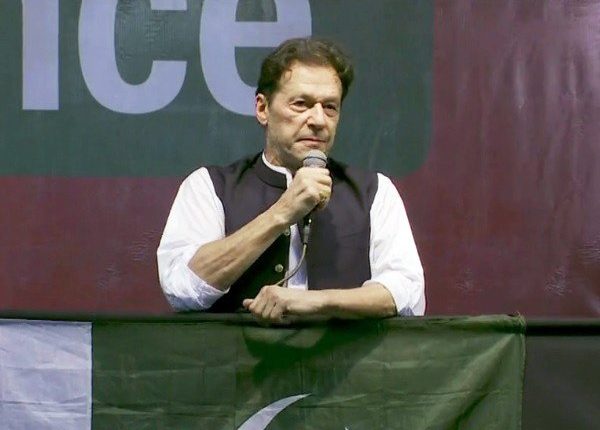 Islamabad: The Islamabad High Court (IHC) has taken notice of former prime minister and PTI Chairman Imran Khan’s statement in which he allegedly threatened additional sessions judge of the federal capital Zeba Chaudhry and decided to initiate contempt of court proceedings against him.

The decision was taken after consultation of the all IHC judges, Express News reported on Monday.

Imran while addressing a rally at Islamabad’s F-9 park on Saturday alleged that Judge Zeba Chaudhry knew that incarcerated party leader Shahbaz Gill was tortured, but she did not release him on bail. He had threatened to take action against the judge and the Islamabad IGP.

Imran was also booked in a terrorism case on the complaint of Islamabad Saddar Magistrate Ali Javed for threatening the judge.

The first information report (FIR),was lodged with the Margalla police station at 10 pm, Saturday, following a speech of Imran Khan at the PTI rally at F9 Park. The FIR also carries Section 7 of the Anti-Terrorism Act.

The FIR was lodged hours before another Islamabad police station received a written complaint from a resident of G-11/2 for lodging a case against Imran over making hate-speeches, and inciting rebellion against the army, police and judiciary.

The FIR lodged by the Margalla police said that the PTI chief threatened the additional sessions judge of Islamabad with a view to terrorise the high officials of the police and the judiciary, so that they could not fulfil their duties and refrain from taking action against the PTI due to fear of Imran.