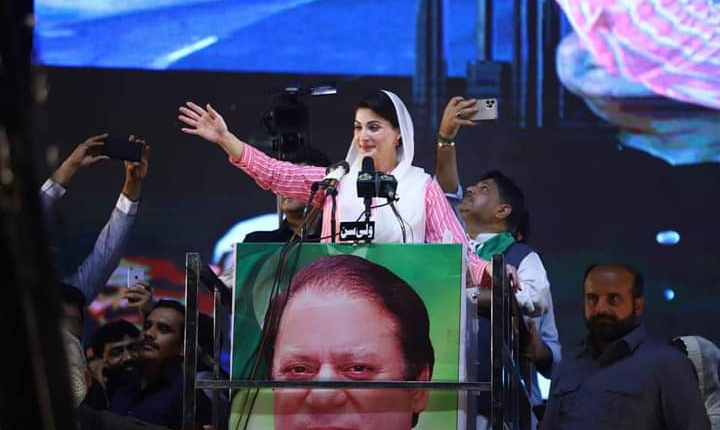 Lahore: Justice Anwaarul Haq Pannun, a member of the division bench of the Lahore High Court (LHC) excused himself from hearing the Pakistan Muslim League-Nawaz (PML-N) Vice President Maryam Nawaz’s petition for the return of her passport.

Following Justice Anwar’s recusal, the head of the bench Justice Ali Baqar Najafi sent the file back to the chief justice of the LHC. The CJ will reconstitute the bench at the request of Maryam Nawaz.

Earlier this week, Maryam Nawaz approached the LHC for the return of her passport, which she had surrendered before the LHC deputy registrar after she had been granted post-arrest bail in the Chaudhary Sugar Mills Limited (CSML) case.

In the petition filed through Advocate Muhammad Amjad Pervaiz, Maryam stated that “as per record, the inquiry was initiated on November 14, 2018, but no reference has been filed against the petitioner as of today despite a lapse of about four years.”

The PML-N leader maintained that “the retention of the passport for an indefinite period tantamount to be violative of her fundamental rights of treatment in accordance with the law, life, liberty, right of movement and equal protection of the law”.

Earlier, three judges had refused to hear the PML-N leader’s petition seeking her passport to travel to Saudi Arabia and perform Umrah.

The bench, headed by Justice Syed Shahbaz Ali Rizvi, had observed that the matter should be heard by the relevant bench which had already heard it and granted her post-arrest bail.

Later, another division bench headed by Justice Ali Baqar Najafi heard the plea. As the proceedings had commenced, Justice Najafi had said his colleague judge Justice Farooq Haider was not willing to hear this case owing to undisclosed reasons.

The case file was then sent to Chief Justice Muhammad Ameer Bhatti with a request to place this matter before any bench.

Following this, another bench led by Justice Najafi heard the matter, but the second member Justice Asjad Javed Ghural was unwilling to hear the case, and thus it was sent to the LHC chief justice to be placed before another bench.

Founder of Iqra University Hunaid Lakhani passes away at 49