Long March conspiracy should be crushed by the force of law, PMLN 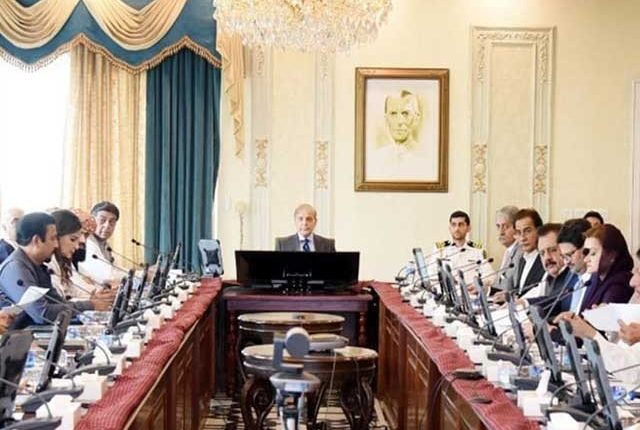 Islamabad: The senior leadership of Muslim League (N) under the leadership of Prime Minister Shehbaz Sharif has emphasized that the long march conspiracy of Tehreek-e-Insaf (PTI) should be crushed by the force of law.

The overall situation of the country was also discussed in the meeting held at the Prime Minister House. In the meeting, it was said regarding PTI that the rioters should be dealt with iron hands according to the law, the invasion of the federal capital should never be allowed and this long march is not political but a product of conspiracy.

The participants of the meeting termed PTI’s long march as a conspiracy and said that the authority of all decisions has been handed over to the party president and Prime Minister Shehbaz Sharif. should be accelerated while the involved elements should be made a lesson according to the law.

In the meeting, tributes were paid to the efforts of the Prime Minister and his team to save the country from default, while it was emphasized to continue the efforts with full attention and passion till the rehabilitation of the flood victims.

“Economy recovered with the arrival of Ishaq Dar”

The meeting expressed confidence that the arrival of Finance Minister Ishaq Dar will create new possibilities to revive Pakistan’s economy, reduce debt pressure and provide relief to the common man.

‘Audio leaks are an indictment for Imran Khan and his associates’

The meeting indicted the audio leaks of former Prime Minister Imran Khan and his associates on September 28 and 30 and said that all the characters behind the “external conspiracy” have been exposed who have harmed national security, domestic interests and Pakistan’s interests. Prepared a malicious conspiracy against foreign relations.

Condemning the plan of storming Islamabad by PTI and Imran Khan, the meeting unanimously decided to deal with the rioters with iron hands according to the law and never allow them to invade the federal capital because This long march is not political but a product of conspiracy.

The participants of the meeting said that first there was a conspiracy to make Pakistan default, to destroy the economy, to split the national institutions, to attack the institutions, to carry out a dirty campaign against the martyrs, and the parliament. Conspiracy was made against the constitution by disbanding, conspiracies were made to sit in Pakistan with foreign funding, conspiracies were made against CPEC and friends of Pakistan.

No strickness, Market sets dollar rate by itself, Ishaq Dar

Swati Case; I ask the judges, where is justice? Imran Khan