Global media has proved that Imran Khan is a zakat and charity thief: Forigen Minister 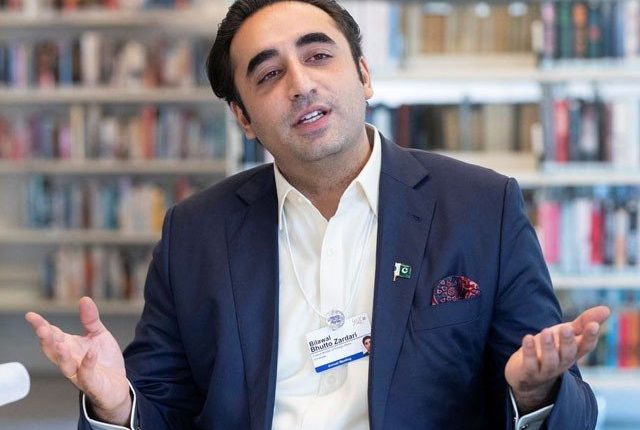 Karachi: Foreign Minister and Pakistan People’s Party Chairman Bilawal Bhutto has said that Imran Khan, who calls others thieves, has been proven by the international media to be a zakat and charity thief.

Speaking to the media at the Chief Minister House Karachi, Foreign Minister Bilawal Bhutto Zardari has said that 33.3 million people in Pakistan have been affected by heavy rains and floods and the total damage has been estimated at 30 billion dollars, this is a bigger disaster than Corona.

He said that two Pakistans cannot run at the same time, one Pakistan is submerged in water and the other is doing politics, politics and long marches are not done at the time of calamity, Sindh will be rebuilt with the help of the international community.

Bilawal Bhutto said that Imran Khan, who called others a thief, has been proven by the international media to be a charity and zakat thief, because of Khan Sahib’s ego, relations with other countries have deteriorated, but now we are trying to restore them.

He said that America has been told that our friendship with China is sweeter than honey and higher than the Himalayas. Bilawal Bhutto said that in difficult and difficult times, municipal elections are a joke with the victims, they are bound by the orders of the Election Commission, but it will not be expected that a bureaucrat or a police officer will leave the flood victims and do duty in Nazimabad. .

Bilawal Bhutto said that a large part of the country is facing floods, water is still entering Sindh from Balochistan, despite 50% of the flood draining, various villages and towns of Sindh, Balochistan, South Punjab and Khyber Pakhtunkhwa are now flooded. are also under water. Khairpurnathan Shah, Kotadji and various other villages and towns offer a view of the sea.

He said that it is not a river flood but it is a result of heavy rain which has displaced 33 million people which is equal to the population of Great Britain, Australia and New Zealand. Now the accumulated water has started causing epidemics, breeding of mosquitoes and malaria, dengue and other such problems. Despite this, treatment facilities have been provided to 38 lakh people through special medical camps.

Chairman People’s Party said that one-third of the country has been submerged but some politicians are playing politics instead of helping the affected people and are demanding elections.

The People’s Party chief said that the floods not only displaced a large number of people but also destroyed millions of acres of crops, so the country is facing multiple losses such as loss of economy, loss of life and loss of livestock. So we have to take concrete steps to ensure food security.

Agreeing to a question, Bilawal said that the government has not reached every affected person, the disaster is so big that if any affected person was given a tent, they were not given a mosquito net, if someone got ration, they did not get drinking water. And even if they got water, their cattle could not be saved or fodder could not be found, we are trying to provide relief materials to every flood affected person.

Long March conspiracy should be crushed by the force of law, PMLN

No chance to get back in assembly: Imran Khan