There are deals with thieves and NRO is given, Chairman PTI 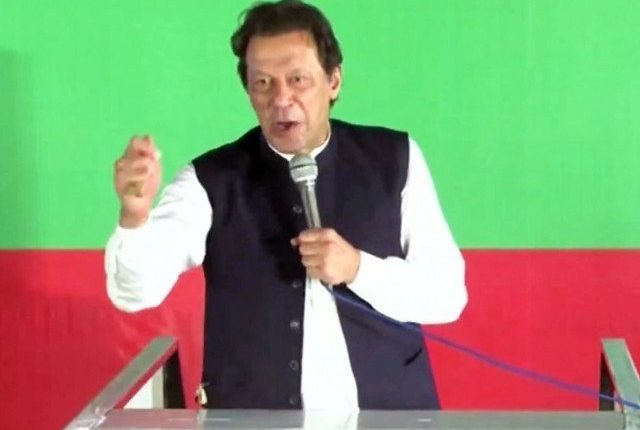 Lahore: The Chairman of Pakistan Tehreek-e-Insaaf (PTI) Imran Khan has said that more episodes of audio leaks are coming soon.

Addressing the ceremony at Government College University Lahore, Imran Khan said that Pakistan’s greatest Fraud Ishaq Dar is returning. NAB asked Ishaq Dar that your father had a bicycle shop, where did you get billions of assets from, so he fled the country on the pretext of getting treatment in the Prime Minister’s plane and is now returning under a deal.

Imran Khan said that there are deals with thieves and NRO is given, that’s why theft does not end and the country cannot develop. He said that the nation has to watch this spectacle like sheep or stand against oppression.

Chairman PTI said that now new audio leaks have come, in which it has been proved that the Chief Election Commissioner is the house servant of Nawaz Sharif, asking him to disqualify Imran in the Tosha Khana case. If he has shame and modesty, then he should resign, but there is no shame in him, so we have to make him resign.

He further said that the thieves have been put up, they finished their cases as soon as they came and pushed the people into the mire of inflation, 60 percent of the cabinet members are on bail in cases of theft and corruption. Everyone get ready, I have declared Jihad against these thieves, as long as I am alive, I will fight them and show you victory۔