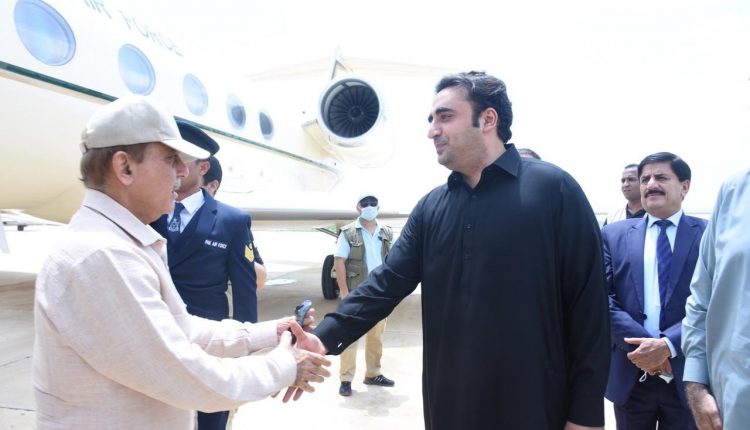 Karachi: The federal government will provide a grant of Rs15 billion to the Sindh government to overcome the heavy losses of lives and infrastructure in the wake of the massive destruction caused by flash floods, Prime Minister Shehbaz Sharif announced on Friday.

Addressing the media, the premier said that, “Pakistan witnessed one of the worst floods back in 2010. However, this flood is even more devastating,” he said.

He further said that the Sindh government’s relief efforts were satisfactory and congratulated Pakistan Peoples Party chairman and Foreign Minister Bilawal Bhutto Zardari on taking the necessary steps to ensure safety of the flood victims.

The premier also thanked the Muttahida Qaumi Movement-Pakistan (MQM-P) and Jamiat Ulema Islam-Fazl (JUI-F) for working tirelessly for the people.

Shehbaz further said that, “The federal government has allocated Rs28 billion for the flood victims. The amount will be distributed within a week.”

The prime minister added that the allocated amount will reach all victims transparently. He further stated that the Benazir Income Support Programme (BISP) will help with funds distribution, in which each family will receive a total of Rs25,000.

The prime minister said that another grant of Rs15 billion was granted to the Sindh government and it is now their responsibility to work with the Pakistan Disaster Management Authority (PDMA) to use the amount in the aid of flood victims.

The premier once again appealed to the nation to donate for the relief and rehabilitation of the people and infrastructure in flood-hit areas.

The premier had arrived in Sukkur, Sindh, earlier today to review the ongoing relief and rescue activities in the flood-affected area.

The premier was received by Pakistan Peoples Party (PPP) chairperson and Foreign Minister Bilawal Bhutto-Zardari along with Sindh Chief Minister Murad Ali Shah upon his arrival.

Prior to his landing, he took an aerial view of the devastation caused by the recent rains.