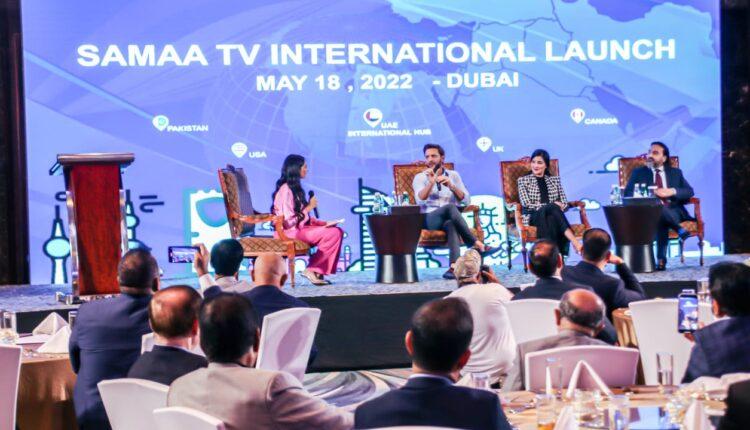 Plans To Expand Beyond Middle East Into UK, USA and Canada and launch an entertainment channel soon.

“The success of SAMAA among the viewers in Pakistan has encouraged us to scale and expand it for Pakistanis who live abroad and want to be completely abreast of all the important news of their country and its growing eminence in the world,” said Naveid Siddiqui, Chief Executive Officer of Samaa TV.

The channel  has remained a leader in the Urdu news space in Pakistan and Middle East  for the past 14 Years.

“With this launch, we have just started re-enforcing and building our presence in the international markets and we intend to enter North America , Australia and New Zealand by next year.” Naveid said.  SAMAA TV has a footprint that extends across five continents, reaching over 26 million Pakistanis from across the world.

Mohammad Raziq, Head of International Operations at Samaa TV, said: ” We believe that Samaa brand is now well recognized beyond the borders of Pakistan for it’s balanced programming approach and editorial policies.  Soon we will also be launching an entertainment channel which will have premium programming in line with our cultural values.  We are now in the process of finalizing an amazing lineup of content that will again strengthen our brand and position us as a unique Pakistani brand with international flavor.”

The company is planning a marketing blitz using all forms of media, including television, radio, print, digital and OOH to create a buzz around its arrival in the international markets where SAMAA will be distributed on a host of local telco and pay TV brands.