Tehreek Insaf all set to take out rally in Capital 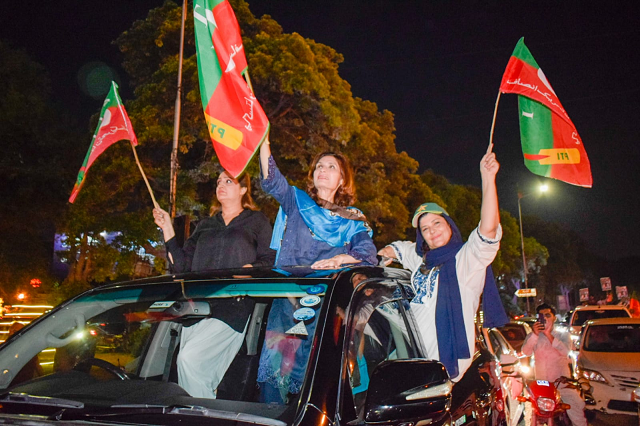 The Pakistan Tehreek-e-Insaf (PTI) is all set to take out a rally in Islamabad from Zero Point to F-9 Park in support of incarcerated leader Shahbaz Gill, who the party said subjected to “gruesome torture” in police custody.

PTI Senator Faisal Javed Khan in a tweet said that Imran will address the protesters and his speech will be live telecast at other rallies being taken out by party leaders in divisional headquarters across the country.

Gill was arrested from Bani Gala Chowk in Islamabad a few days ago after a video clip of his controversial remarks aired on a television channel went viral on social media. He was subsequently booked on charges of inciting mutiny in the military. However, roughly 10 days after his arrest, the PTI chairman and the party leadership adopted an offensive mode with all guns blazing and decided to take to the streets.

After seeing photos and videos showing Gill gasping for air while being taken to the court and hospital, the PTI chairman went to see Gill at the Pakistan Institute of Medical Sciences (PIMS) on Friday evening but was denied permission.

Talking to the media at PIMS, the former PM said that if a political worker can be tortured, one could imagine what an ordinary citizen goes through, adding that such “inhuman treatment” and “torture of a political worker” was unacceptable.