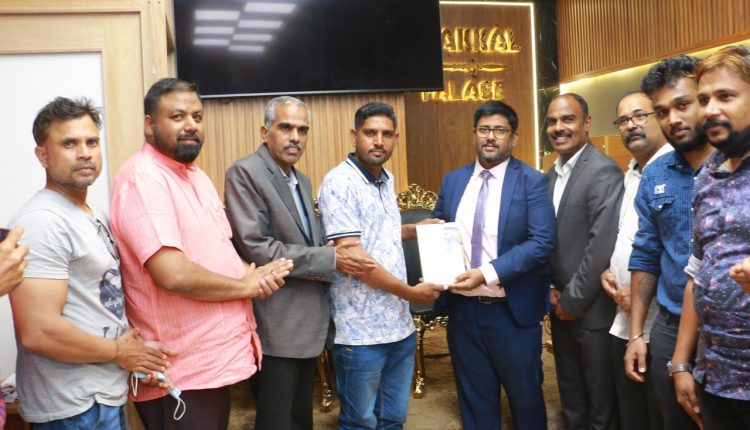 DUBAI: Abdul Ghafoor, a Pakistani delivery rider who captured the hearts of the entire Dubai by his deed of removing fallen concrete bricks from a busy road of Al Quoz, was honoured by Team Tolerance at a function here.
In a viral video Abdul Ghafoor was seen removing two fallen bricks from a busy intersection. Like many others, the video also caught the attention of Crown Prince Hamdan bin Mohammad.
“An act of goodness in Dubai to be praised. Can someone point me to this man,” Prince Hamdan asked on his official Twitter handle. Later, he commented on his own tweet saying that the “good man” has been found. 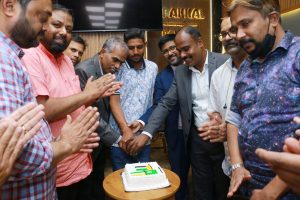 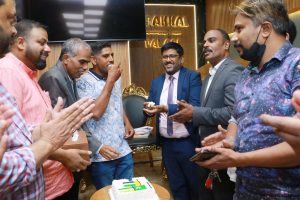 “The good man has been found. Thank you Abdul Ghafoor, you are one of a kind. We will meet soon!” he wrote.
Later, the Dubai crown prince personally called the Pakistani expat.
Prime Health Group diagnostic service head Lolith Lohithakshan presented Abdul Ghafoor with the Urdu version of the famous book ‘Reflection of Happiness and Positivity’ written by Dubai Ruler HH Sheikh Muhammad bin Rashid Al Makthoum at a special function arranged by Team Tolerance.
On the occasion, the warmth of relationship beyond boundaries was showcased with cutting of a cake to mark the Independence Days of Pakistan and India.
Team Tolerance UAE Chapter President C. Sadiq Ali presided over the function and members Jamal Manayath, Jaleel Karyedath, Shaffi Anjangadi, Sabu Thomas, Nazar P V Thaha Hajiarakath, Muhsin Mubarak, Ben Arnold Varghese and Shafi K K also graced the occasion.