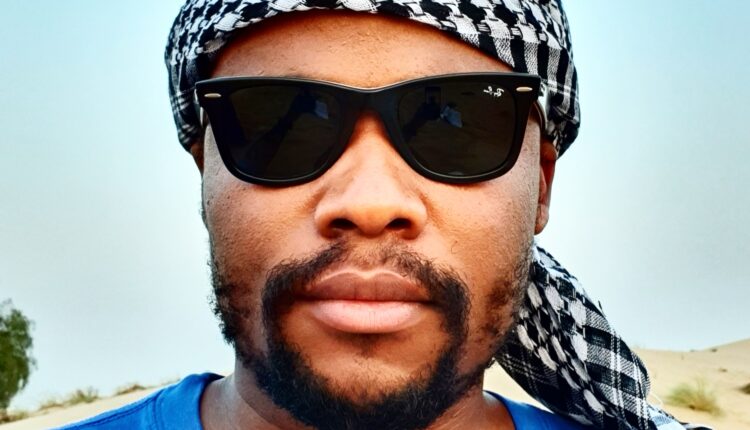 Dubai, UAE May 12, 2022: Avela Bulali Mbokodi’s hope of winning with Emirates Draw’s weekly raffle draw never wavered over the past nine months. Now, the 40-year-old’s faith and patience were rewarded when he was among the latest batch of winners to each receive AED 77,777 from the socially responsible organisation.

“I’ve been participating since Emirates Draw started in September. I was excited by its concept and each month, I’d buy two sets of tickets, first is six tickets – I’d select two numbers, my wife the next two sets, and my nine-year-old son the final set. The second ticket is one I’d randomly purchase during the month. I never stopped believing and I couldn’t believe my luck when I finally won,” Avela said, laughing, revealing that the first thing he did after confirming his winnings was race to his wife’s workplace to tell her the great news.

“My wife’s a practical woman who doesn’t really believe in raffle draws, but she shared my joy when I showed her the confirmation email and reminded me that I had always said that I’d win one day with Emirates Draw – and now I have,” the South African expatriate added. They plan to use the winnings towards a down payment for a villa in their current community.

Mbokodi, who has lived in Dubai for over 14 years, revealed that he was so thrilled that he ended up purchasing another AED 50 pencil after a sleepless night filled with excitement.

“I hope that I’ll win again and if I’m lucky enough to win the Grand Prize, one thing I’d love to do – after getting our dream home – is open a family-friendly restaurant in Dubai that has something for everyone,” he said, smiling.

Khawer Saaed, another regular participant, shared Avela’s joy at winning AED 77,777 with Emirates Draw and plans to use his winnings for charity and for his family.

“I was very happy when I found out that I won after checking my account, especially since I won AED 77 a month ago. I’m going to visit my family in the next two or three months and I can’t wait to celebrate with them,” the 29-year-old Pakistani expatriate, who works in IT services, said.

To date, over AED 25 million has been presented in prize money to over 18,000 winners since the organization’s inception in September 2021. The unique structure of Emirates Draw distinguishes it from other draws in that the grand prize remains at AED 100 million until a single person or a group of people match all seven numbers at which point the grand prize resets to AED 77,777,77.

It is the largest Grand Prize in UAE history and till now remains available, giving optimistic participants another chance to try for the life-changing amount; the next round will be broadcast live on Sunday, May 15th, 2022, at 9pm UAE time.