Over 549,816 houbara bustards across 17 countries resulted from IFHC’s release for conservation efforts 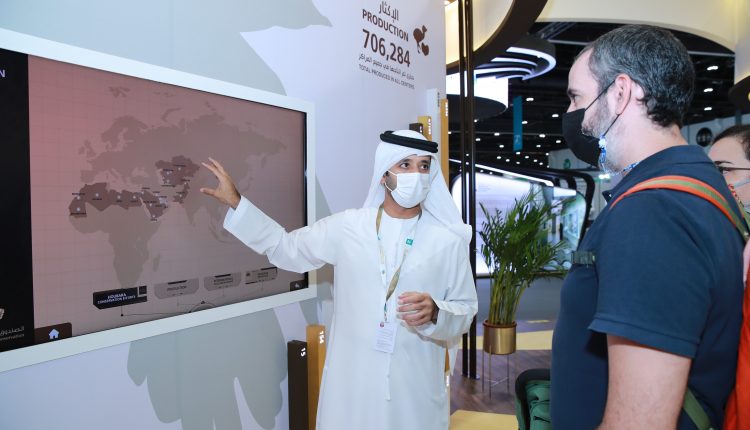 Abu Dhabi, UAE; September 27, 2022: The International Fund for Houbara Conservation (IFHC), the global leader in pre-emptive species conservation, this year, marks the 40th anniversary of the first hatch of captive-bred houbara chick in the UAE. The fund celebrates the occasion during its 11th year of participation in the Abu Dhabi International Hunting and Equestrian Exhibition (ADIHEX), running from September 26 to October 2. The conservation programme fulfils the vision of the UAE’s founding father, the late Sheikh Zayed bin Sultan Al Nahyan, in ensuring the sustained population of two types of houbara bustards – North African and Asian houbara, in the wild that are emblematic of the Arab culture. The houbara bustards are considered vulnerable on the International Union for the Conservation of Nature’s (IUCN) Red list of threatened species.

Mohammed Al Baidani, Director General, International Fund for Houbara Conservation, said: “Our pioneering work at IFHC has paid off as we forge ahead in pushing the boundaries of conservation through continuous work in genetics and captive breeding. From heeding the call of the late Sheikh Zayed bin Sultan Al Nahyan to recognising the need to save the houbara, our collective work has improved the species’ status from endangered to vulnerable on the IUCN red list. We have also reached significant milestones in raising awareness on houbara.”

As part of the celebration, IFHC has announced the release of 549,816 houbara bustards to 17 countries since 1998. According to studies conducted by the fund, it has now been proven that the captive-bred houbara follow the same migration route as the wild houbara.  The data, captured based on the latest scientific satellite tracking, confirmed that the captive-bred houbara which was released in Kazakhstan during the months of July to September arrived in the Arabian Peninsula during the month of November. The research findings support the fund in its evaluation to strategically consider the location and genetics of each bird when releasing houbara into the wild.

Globally, a total of 706,284 houbara bustards have been bred in captivity since 1996 with UAE as the top contributor producing 340,527. From the hatched houbara across the world, 549,816 were released. IFHC is a world leader in preventing houbara bustard extinction. It has a global network of conservation efforts that aim to bring the number of houbara bustards back up to a sustainable level worldwide. The UAE has seen the largest release of the Asian houbara bustard, totalling 98,182 from 2004 to 2022. For the North African houbara, Morocco saw the largest release, with 189,109 from 1998 to 2021. Out of the 549,816 houbara released as of September 2022, 55% of Asian houbara were released to 12 countries, while the remaining 45% that are North African houbara were released to 5 countries. These countries were chosen as they were deemed to provide the best chance of survival for the birds. Besides habitat types, food availability, and predation risks are the primary considerations in choosing sites for release.

Hamad Alrayssi, Ecology Fieldwork Coordinator at IFHC, said: “A big factor in the 40-year success of our programme is the ecological research into the habitat and behaviour of the houbara. This knowledge is a big advantage for us when conducting our ground-breaking captive breeding and release conservation programmes. In fact, we continue to monitor the birds even after their release with thousands of satellite tracking devices fitted on them to learn more about their survival and behaviour.”

The IFHC has invested efforts to study both the behavioural traits of the houbara bustard and the requirements of a healthy environment in which it can thrive. The nutritional needs of the houbara bustard are now better understood, thanks to research on the local flora and wildlife. Numerous facets of the houbara’s life have been exposed by satellite tracking research, including breeding habits, survival strategies, migration paths, and preferred staging and wintering grounds. The IFHC research team has created field-based conservation measures that include new scientific knowledge and a range of methodologies.

During ADIHEX, the IFHC will showcase its ecological research at an exhibition booth located in Hall 8, A02 of ADNEC, where attendees will have the opportunity to observe live houbara bustards. For more updates on IFHC’s participation at ADIHEX, please visit the official website https://houbarafund.gov.ae/ and follow @houbarafund on social media platforms.

If anything wrong with leaked-audio, will apology to nation: PM