India begin their Asia Cup campaign against Pakistan in Dubai later this month – the first meeting of the two sides since their T20 World Cup match in the UAE last year.

The tournament, which has been changed to T20 format this year to prepare for the 20-over World Cup in Australia later this year, was moved out of crisis-hit Sri Lanka last month.

This edition of the tournament begins with Sri Lanka taking on Afghanistan on August 27, with the final on September 11.

The biggest draw of the tournament will be the match between India and Pakistan, which will take place in Dubai on August 28, organizers said on Tuesday as they released the tournament fixtures.

The UAE, Kuwait, Singapore and Hong Kong will play a qualifying round with the winner joining India, Pakistan, Sri Lanka, Afghanistan and Bangladesh in the main draw. 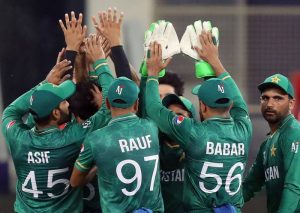 In the main tournament, six teams will be divided into two groups. India, Pakistan and the qualifier are in Group A, while Sri Lanka, Bangladesh and Afghanistan are in Group B.

Sri Lanka will remain hosts for the nine-team tournament. The island nation has been crippled by an economic crisis, with shortages of fuel, food and other necessities.

Dubai property rents: where they rose and fell in Q2 2022