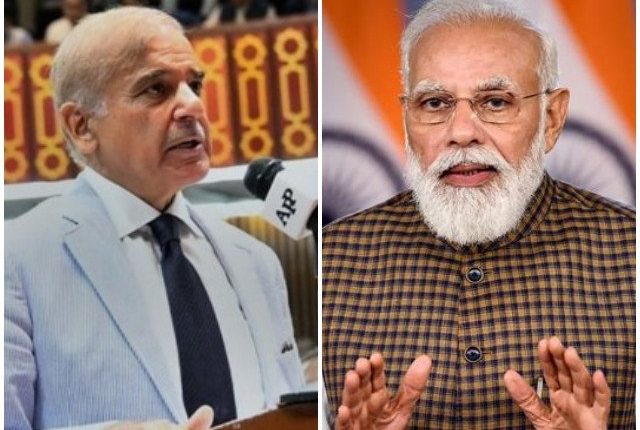 Prime Minister Shehbaz Sharif on Wednesday thanked his Indian counterpart Narendra Modi for his condolences over the human and material losses caused by floods in Pakistan.

Indian premier on Monday offered his “heartfelt condolences” to the victims and their families in a tweet. “Saddened to see the devastation caused by the floods in Pakistan,” Modi wrote. “We extend our heartfelt condolences to the families of the victims, the injured and all those affected by this natural calamity and hope for an early restoration of normalcy,” Modi had written on his official Twitter handle.

“With their characteristic resilience the people of Pakistan shall, InshaAllah, overcome the adverse effects of this natural calamity & rebuild their lives and communities,” PM Shehbaz said in his tweet today.

President Xi, King Salman and Crown Prince Mohammed sent their messages of condolences to President Arif Alvi over the loss of lives and injures to scores of others in the recent floods, inundating different regions of Pakistan, to the Media Wing of the Presidency.

in a separate cable, the Saudi Crown Prince and Deputy Prime Minister expressed his profound sorrow and sincere sympathy with the President of Pakistan and the families of deceased. He also prayed for the deceased and wished speedy recovery for the injured people.